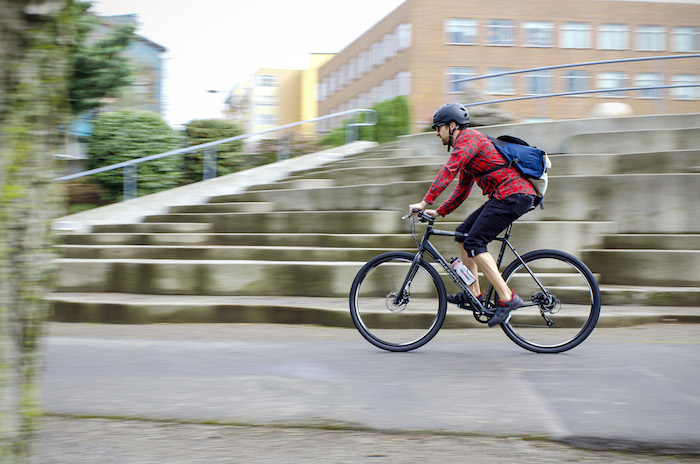 Our informal ranking of the 10 most cycling-friendly cities in the United States finds that bikes are taking the nation by storm—and not just in the expected places.

Over the last few years across the United States, numerous cities have made cycling improvements, but none has done as much as quickly as New York. In 2008, powerful and moneyed naysayers scoffed when former Mayor Michael Bloomberg unveiled an ambitious plan to transform New York's mean streets and reclaim them for people instead of cars. Gallons of green paint were spilled to create a citywide welcome zone for cyclists. There are now more than 350 miles of new bike lanes, many of them barricaded from traffic by concrete and parking lanes, encouraging even casual cyclists to ride up Broadway and through a car-free Times Square. Flickering bicycle traffic lights usher packs of commuters across intersections. And more than 96,000 annual members subscribe to the nation's biggest bike share, Citi Bike.

Ridership stats are impressive. Between 2007 and 2011, the city doubled the number of bike commuters on its streets. According to the U.S. Census, the one percent of New York City commuters who ride to work comprises the largest population of bike commuters (a total of 36,496) in the country. Thousands more New York cyclists (not counted by the Census) use both bikes and public transit on their daily commutes. By 2020, Mayor Bill de Blasio vows, bicycling will comprise 6 percent of all trips in the city.

Lisa Curcio had not ridden a bike in 40 years. But on a spring morning in 2012, the then 57-year-old county judge straddled a new hybrid bicycle and pedaled onto Milwaukee Avenue--where bike traffic reaches Amsterdam-like capacity--and rode into work. Today, Curcio owns four bicycles (including two commuters) and arrives at the courthouse via Dearborn Street, a new two-way cycle-track bisecting downtown Chicago. In his first term as Mayor, Rahm Emanuel saw through an ambitious (some said insane) bike plan calling for 100 miles of buffered and barricaded bike lanes. Citywide, traffic cameras cut speeding cars by as much as 90 percent. Dooring fines doubled to $1,000, and penalties for scofflaw cyclists more than quadrupled. Emanuel also snipped the ribbon on a $60 million bike-ped flyover for the iconic lakefront trail, and engaged in a bike-share arms race with New York City, installing the most stations in the U.S. The result? Thousands of Chicago residents rediscovered cycling.

Minneapolis has long been an exemplary city for cycling--it topped rankings in 2010 and was second in 2012. Even so, before she became mayor in 2014, Betsy Hodges said the city needed even better amenities for people like her who enjoyed biking but shied from traffic. Last winter, in her first official decree and bundled against the cold in a full-length down coat, Hodges addressed a group of bicyclists sipping steaming coffee beside the recently plowed Midtown Greenway bike path. Overnight the temperature had touched 10 below, but Hodges, like the city's 4,000-plus year-round bike commuters, was undeterred. She delivered a proclamation touting the city's progress: 19 miles of bicycle boulevards installed since 2011; one of the country's biggest bike-share systems per resident; and learn-to-ride classes that have spread the city's bike culture to its large Somali community. She declared January 3rd Winter Biking Day, and read aloud that Minneapolis bicyclists were "just plain tougher and much better looking than bicyclists from all those wimpier cities." Then Hodges declared that by 2020, Minneapolis would install 30 more miles of protected bikeways, so people like her, and thousands of others in the city, would feel more comfortable riding their bikes. All these efforts kept the city in our top three in one of our most competitive surveys ever.

Every summer in June they arrive in the twilight, in twos and fours and packs, bicyclists clad in little, soon to be nothing. This year, a record 9,060 Portlanders gathered for the World Naked Bike Ride. Officially a protest event--against oil dependency, and our vulnerability to motorists among other issues--and a public show of support for immodesty, the riders were also there in celebration of a city smitten with cycling. The group met at a neighborhood park surrounded by locals looking on from lawn chairs. Police blocked the streets. An adult marching band, LoveBomb Go-Go, trotted amongst the masses. Nearing midnight, everyone disrobed. They pedaled, then they partied. The attitude about cycling here is just one of many things to cheer: a planned light-rail bridge that will also bring $40 million in new buffered bike lanes and paths; a proposed apartment project with 1,200 parking spaces for bikes; and a university that supports urban cycling research, Portland State, which last year released a scientific study proving that, yes, bike commuters really do arrive happier. So happy, in fact, they might just disrobe. Yet, the lack of a large bike-share system and protected bike lanes put Portland off the pace of the most innovative cycling cities and drop it to its lowest ranking in our survey since 2010. 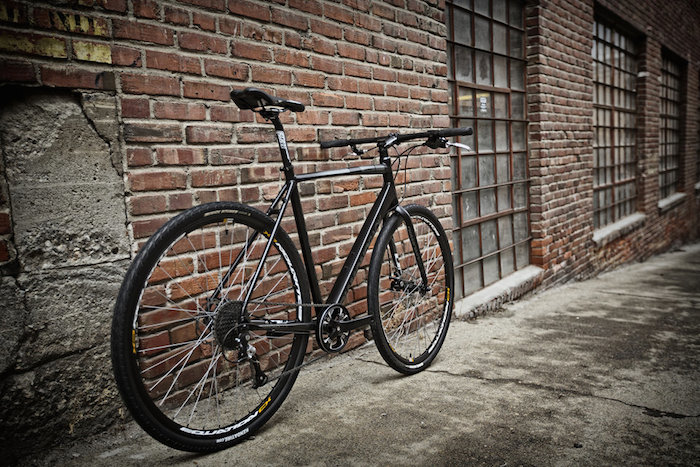 In our nation's capital, east of the Anacostia River, you'll find few bike lanes and no bike shops. So four years ago, when the Washington Area Bicyclist Association (WABA) launched its East of the River program offering free repair clinics, learn-to-ride classes, and social rides, residents were understandably skeptical. But when the volunteer mechanics really did show up, people called their friends. Entire families brought their bikes. Today hundreds of bicycles have been put back on the road and in April of 2014, with fervent WABA support, the city broke ground on the $22 million Anacostia Riverwalk Trail link, part of an almost 70-mile regional trail system. In the last two years across DC, pilot bike-lane projects switched to full-scale implementation. A protected lane on M Street recently went in with sturdy concrete curbs instead of plastic bollards. In 2013, DC unveiled a new transportation master plan featuring 70 more miles of similar fully protected bike lanes. By increasing ridership in underserved communities and making cycling safe and comfortable for all, a city known for its gridlock--both vehicular and political--strives to lead the nation.

More than 12 percent of Boulder's population already commutes by bike--the highest rate among U.S. cities with populations greater than 100,000. Nearly three-quarters of residents get the minimum recommended daily aerobic activity. The obesity rate here is just half the national average. But that hasn't stopped the city from continuing to push for more change. City officials recently began discussing a formerly taboo subject: increasing urban density to reduce car trips. Having more than 10 percent of residents ride to work is great by U.S. standards, says the city's bicycle and pedestrian senior transportation director Marni Ratzel. "But compared with European cities, it's low." Which is one reason Ratzel has looked to places like New York City for inspiration on innovative new infrastructure. Boulder has also installed a pilot protected bike lane, allowed electric bikes on paths to accommodate an aging population, and will nearly double its bike-share system by adding 16 more stations. Advocacy group Community Cycles has taken the lead on equity, offering earn-a-bike programs for low-income residents and organizing women-only social rides.

Cyclists using the Market Street protected bike lane comprised 76 percent of the road's commuters on this year's Bike to Work Day, packs of roadies gather every morning to pedal 50 miles through the hills to Silicon Valley, and cabbies and bus drivers undergo mandatory education on sharing the road with cyclists. Yet the city isn't immune to nationwide ills, like the inequitable enforcement of bicycle crashes. When Amelie Le Moullac, 24, was sideswiped and killed by a delivery truck in August of 2013, the SFPD claimed there was no evidence to charge the driver, and one officer went so far as to blame the victim. After the San Francisco Bicycle Coalition uncovered video from a local business showing the driver was at fault, city leaders called an emergency hearing on cycling enforcement. Nearly 40 cyclists shared personal stories of police bias--and officials took action. The police promised quarterly updates on its efforts to increase traffic safety and meet the city's Vision Zero initiative. Buffered bike lanes and green paint now guide cyclists down Folsom Street where the crash occurred, and the city recently christened a protected contra-flow lane (one that goes against regular traffic) on Polk Street, providing a long-awaited connection to City Hall. As for the future? Last spring, the city doubled the amount of funding for bike-ped projects.

Last December, dozens of residents draped in green scarves packed the city council chambers for a public hearing on a transformative new bike plan. They wore green to signify their allegiance with thousands of others who've joined the Seattle Neighborhood Greenways coalition since it was founded in 2012. In just two years, the entirely grassroots coalition led the design and construction of 13 miles of new greenways (peaceful roads that prioritize recreation) in six neighborhoods. The new bike plan would further acknowledge their efforts. A woman rose from the scarved supporters and came to the lectern with three small kids dangling from her side. She described how the bike plan's proposed 239 miles of new greenways and 102 miles of protected bike lanes would quell her greatest fear, a truck barreling down on her babies. The city listened: When a pair of renegade planners installed a protected cycle track under an overpass, instead of tearing it down, officials created a better version. A bike-share system with helmet-rental kiosks arrived in late 2014. And thanks to those scarfed supporters, the bike plan, estimated to cost up to a half-billion dollars, was officially adopted. 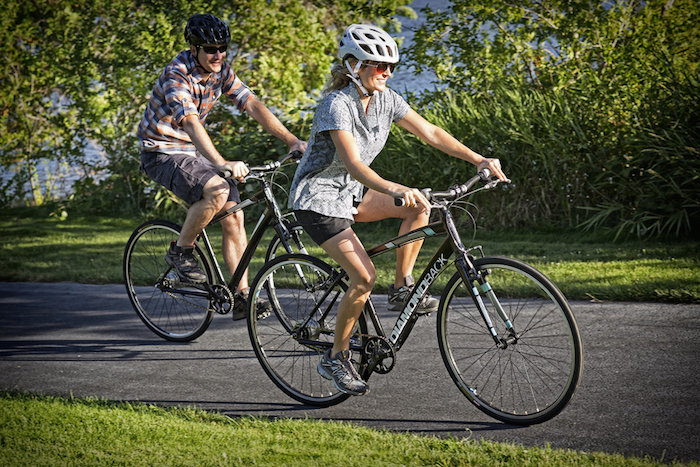 With the most microbreweries per capita in Colorado, Fort Collins produces 70 percent of the state's beer. There's the New Belgium brewery with its Tour de Fat, a nationwide bike carnival in support of bike advocacy. There's Equinox Brewing, which delivers kegs via custom trike and converted its entire parking lot into a bike depot. And two bike shops that double as pubs, Road 34 and Cranknstein. "Most everyone I know here in the beer world is also involved in bike advocacy," says Cranknstein co-owner Evan Rau. Between 2010 and 2012, an already expansive network of bike paths saw an 80 percent increase in ridership (to 7.9 percent of all commuters), earning the city platinum status from the League of American Bicyclists. The city's Bike Library, where anyone can borrow a bike for a day, was established in 2008, two years before the nation's first official bike-share system in Washington, DC. In 2014, it expanded into a new Downtown Transit Center. When the city kicked off an update to its bike master plan in October 2013 that included new facilities like protected bike lanes and neighborhood greenways, 220 residents showed up at an open house to weigh in. Then almost everyone rode their bikes--to toast their lifestyle.

In the early 1990s, Cambridge--just six square miles with one of the nation's highest population densities--choked on smog and was economically hamstrung by a state-imposed environmental mandate that limited new construction. Desperate to improve its air quality, the city drafted a series of transformative (and controversial) policies. The laws, aimed at reducing auto trips, funneled fees from car-parking permits into the city's bike program--essentially, taxing cars to improve cycling--and required that new development provide facilities such as bike-share stations, public repair stands, and secure bike parking. As a result, the rate of bike trips in Cambridge has tripled over the last decade. In a collaboration with the city, Massachusetts Institute of Technology installed one of the country's first protected bike lanes on its campus in 2004. Secure bike-parking facilities throughout Cambridge (one at the Alewife Station T stop houses 500-plus bikes) now teem with bike commuters, who comprise up to 9 percent of all work trips. Even as the city grows, the air clears. In Kendall Square, the city added 4.6 million feet of mixed-use development--apartments, shopping, and office space--and reduced auto traffic by 14 percent over the last decade.