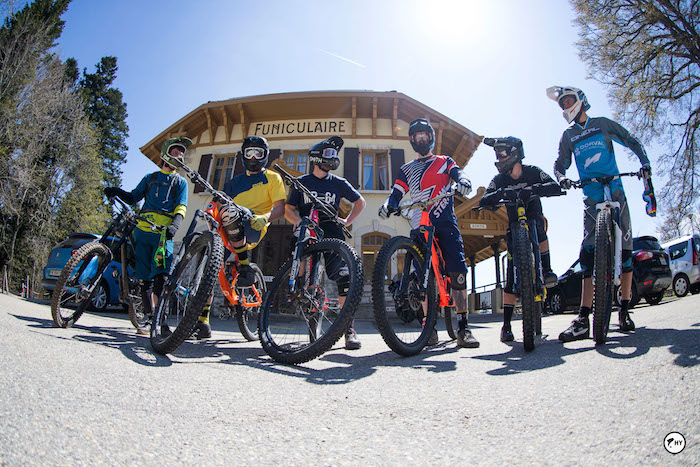 Diamondback team rider Mike Hopkins is a hard one to nail down. Always moving forward, he's constantly looking for new experiences--with and without his bike. He recently sent us this dispatch from the start of a whirlwind European tour:

Five countries in 24hrs. Yup true story, Canada, US, England, Switzerland, Germany. To be honest this is in part to some hasty flight booking and a minor detour upon arrival that left me sitting in Switzerland. But none the less a very international rotation of the Earth. The catalyst behind this venture was SR Suntour and the launch of their new enduro fork the “Durolux”. What a better way to introduce a new product to the masses then rally a handful of multi-cultured talent throw them on a bus together and send them skipping from country to country spinning wheels. Thus the Durolux World Tour was born.

There are going to be several tour stops but let’s focus on the one at hand. 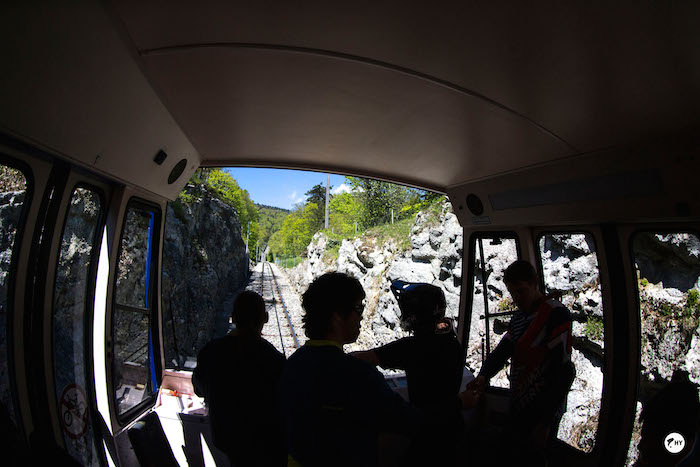 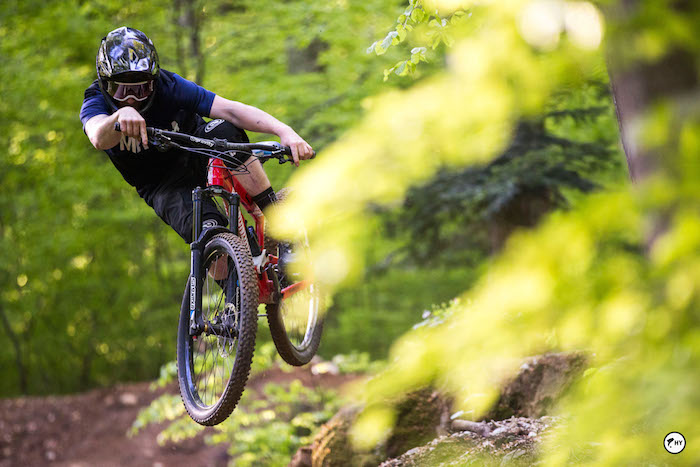 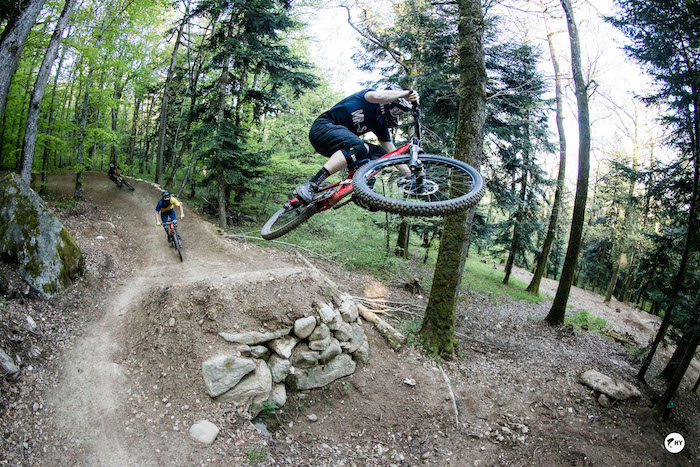 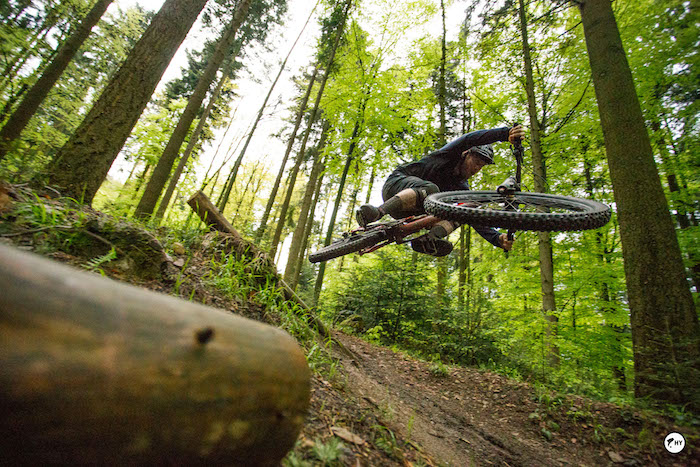 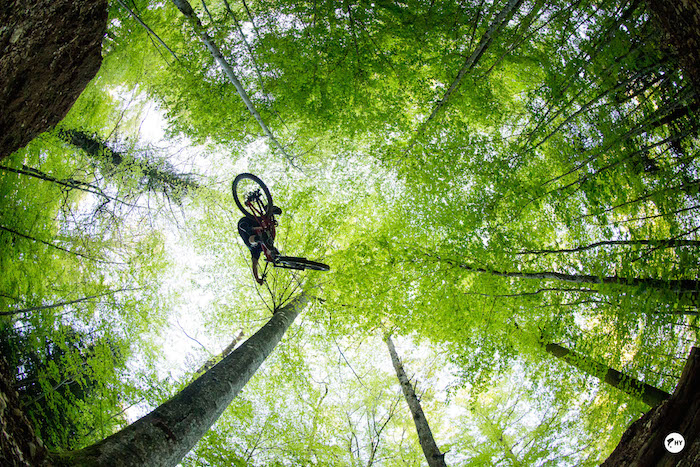 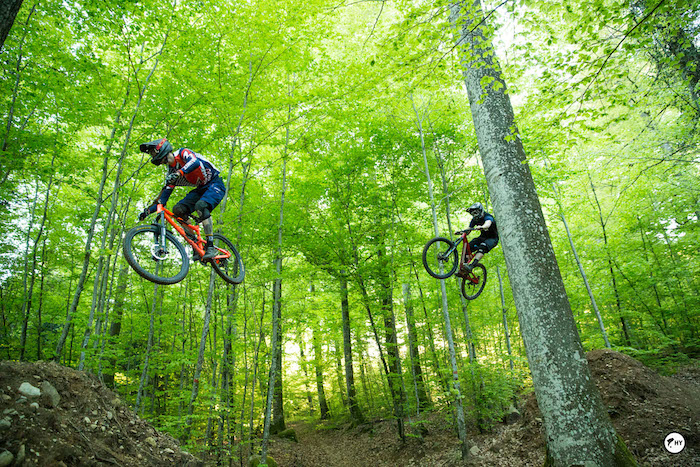 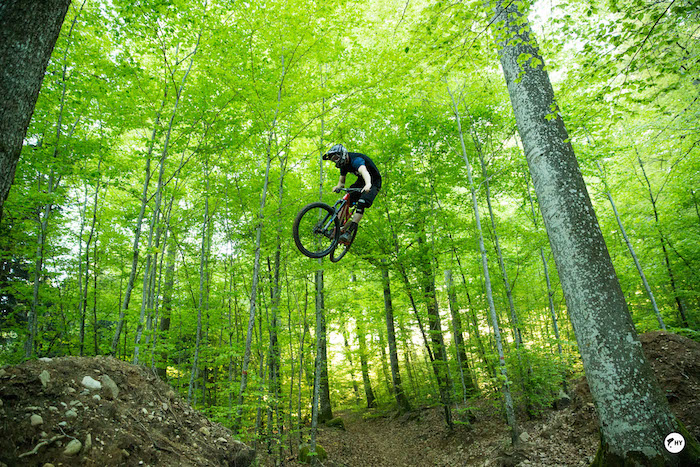 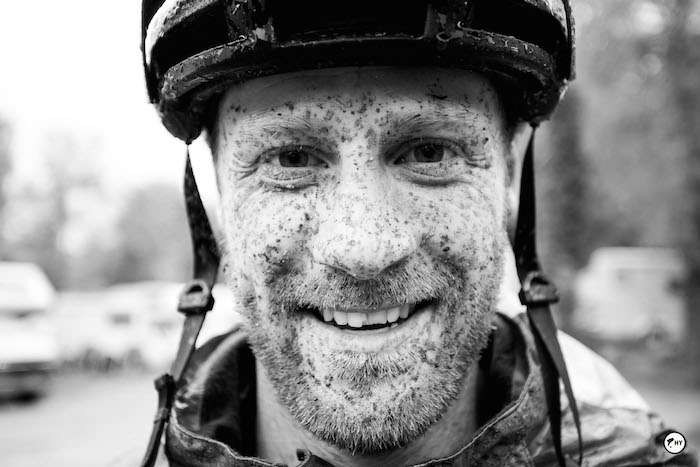 Days 1 and 2 were spent riding Canadian built trails in Germany, eating kebabs, and drinking German beer at two breweries. Day 3 it was off to Swiss lake country, Nue-Chatelle. Took a funicular train to trails of lofty doubles and coincidentally one extremely taco’d wheel. You’re up to speed!