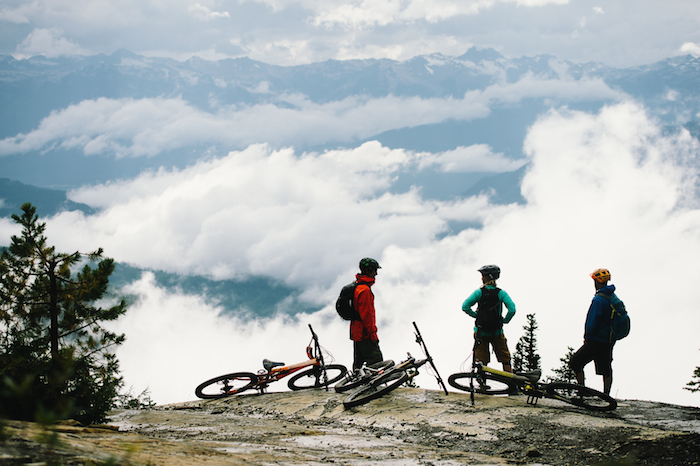 There’s something about the sound of the whir of the chairlift that elicits an anticipated excitement in me that nothing else quite matches. Every year in mid-May thousands of eager mountain bikers descend upon opening weekend of the Whistler Bike Park like it’s the year’s biggest holiday. For some of us, it is. Whistler is a place like nothing else. I’ve heard people say, “Forget Disneyland, Whistler is the happiest place on earth!” I’ve heard it called, “Whistneyland,” “Whistmas,” and “THE BEST DAY EVER!” Quite simply put, the first day of the bike park is the official start to summer for gravity diehards.

This year was no exception. People started lining up for the chair 16 hours early just to ensure they were the first to experience the most famous trails in the world. A cast of characters from all throughout our sport peppered the lengthy lift line and added a hint of excitement to an already electric day. Famous world cup racers, local legends, media big wigs, and the world’s best slopestyle competitors were all sharing the same level of anticipation. 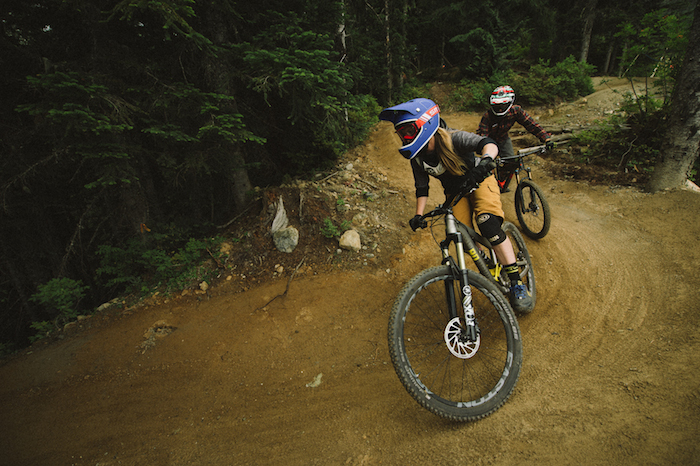 A quick look around the lift line showed freshly built and polished rides. While 26” ain’t dead, it sure is struggling to compete against its 27.5” brethren. And for those of who think downhill bikes are dead… well just one scan of the equipment waiting to uploaded proves that sentiment wrong in a heartbeat. 8” travel bikes were the overwhelming majority of chosen rides, with some brave souls riding their all mountain rigs, stretching out their forearms in between laps.

For me, Whistler is where I learned to ride, and where I feel most comfortable on a bike. And while riding is the obvious reason people flock there, I think anyone that’s spent any measurable amount of time would tell you that it’s way more than just biking that makes it such a special place. It’s the people – the smiling faces you see year after year. It’s recognizing the little groms that used to wobble around on 24” wheeled bikes that are now going way faster and bigger than you and stand 6” taller. It’s the anticipation of, “what trail should we ride,” each time you plop down on the chairlift? It’s beers at the GLC and spotting bike celebrities in the lift line. It’s… it’s just a happy place that is unlike anywhere else I’ve ever experienced.

As I stood in line for my first ride of the season I glanced over at my buddy, Jill who made the pilgrimage up from Bellingham with me. “Wooo!” I squealed quietly. “This place is the best,” she said. Don’t I know it. Don’t we all. 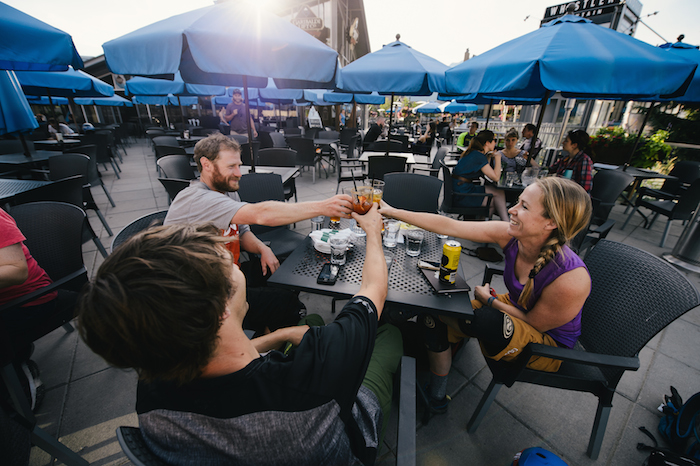