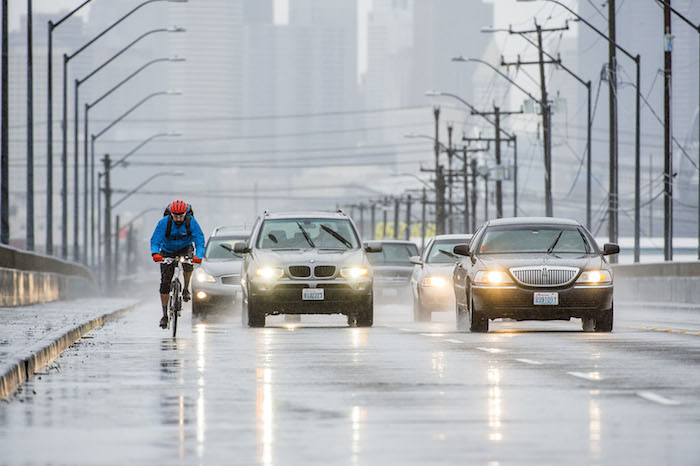 THE MOST COMMON CAR-BIKE COLLISIONS--AND HOW TO AVOID THEM

A motorist fails to see a cyclist and makes a left turn--it accounts for almost half of all car-bike crashes, according to the Pedestrian and Bicycle Information Center (PBIC).

A motorist passes a cyclist on the left and turns right into the bike's path.

A cyclist traveling next to parked cars lined up on the street strikes a car door opened by the driver.

A motorist exits a driveway or parking lot into the path of a bicyclist.

A motorist hits a cyclist from behind.