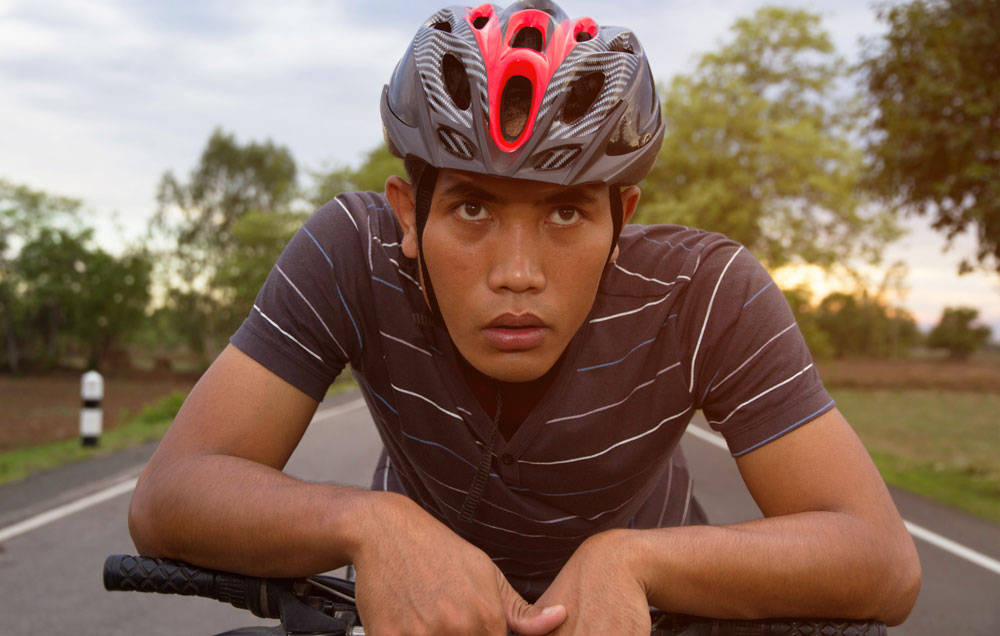 We all know that sleep is important, but you might not be aware of how dramatically it can help or hinder your cycling performance. The research is clear that, while a single night of disrupted sleep will have little effect, a chronic deficit can dramatically hinder performance on nearly every level. Here’s what’s going on.

Your HGH production stalls out
Human growth hormone (HGH) is a well-known performance enhancer. In fact, it's the drug of choice for some dopers because it helps you build muscle and burn fat— while also stimulating tissue growth and allowing you to recover faster. The best part? You don’t have to go to the darkest corners of the Internet to get it; you make HGH in your sleep. Seriously.

Unfortunately your natural HGH factory shuts down if you’re not getting sufficient amounts of slumber, i.e. seven to nine hours a night. And when it comes to HGH, It’s particularly important to catch some deep Zs during the first half of the night, says Winter. “The majority of secretion is between 11 p.m. and 1 a.m., and then it starts shutting down.” Also, because HGH naturally declines with age, it’s particularly important for older riders to get to bed at a reasonable hour. "Recovery becomes so important for older athletes, and that means sleep,” says Winter.

Stress levels rise
Sleep deprivation is physically stressful on your body, which can cause your levels of stress hormones like cortisol to remain elevated deep into the evening hours, when they would normally decline. In fact, one study found that cortisol levels declined six times more slowly in people who had little sleep than those who were fully rested. Elevated cortisol can interfere with your recovery by hindering tissue repair and growth. It also paves a way toward insulin resistance, fat storage, overtraining, and injury.

Reaction time slows
One of the first things to slow down when you shortchange your sleep is your reaction time. Just a few hours of sleep restriction over the course of a week significantly increases reaction time and decreases attention. This might be a serious consideration for ball players, but it’s also crucial for cyclists who regularly descend mountains at speeds upwards of 50mph, ride within inches of each other, and need to keep their wits about them.

Waste builds up
During high intensity exercise (like racing, hard rides, and intervals), your body sucks up large amounts of energy in the form of adenosine triphosphate, or ATP. The byproduct of that energy production is adenosine, which accumulates in your body and your brain. “The only way to get rid of it is sleep,” says Winter. In fact, high levels of adenosine make you sleepy. (Caffeine blocks adenosine receptors, which is why it keeps you awake) Once you drift off, your brain goes into recovery mode and your body clears out the adenosine, which makes room for your brain to rebuild its stores of glycogen. If you disrupt that cycle, your brain doesn’t benefit from the same restoration.

You Fatigue More Quickly
This might seem like a no-brainer, but lack of sleep makes you tired on the bike as well as off it. One treadmill endurance study showed an 11-percent drop in performance following 36 hours of sleep deprivation. Other studies echo these findings, showing that sleep-deprived men and women experience a shorter time to exhaustion and harder perceived effort—lack of muscle glycogen may be the culprit. Researchers also speculate that your muscle fibers don’t coordinate and are less efficient when you’re tired.

What about Pre-Race Jitters?
Ok, so the bad news is that lack of sleep can hurt your riding. The good news is that you don’t need to sweat one restless night …even (or especially) if it’s before your big century, race, or whatever you’ve been prepping for. It’s natural to toss and turn when you’re nervous, and your performance won’t suffer a lick the next day.

Specifically, multiple studies on cyclists and runners have shown that one night of disrupted sleep doesn’t negatively impact endurance or power. In fact, you might even get a little boost, says Christopher Winter, MD, president of Charlottesville Neurology and Sleep Medicine and medical director at Martha Jefferson Hospital Sleep Medicine Center.

“The way I state it to athletes is this: Sleep is the most important thing in the world. Tonight's sleep, however, is irrelevant!” says Winter. “We did studies looking at brain blood flow, which corresponds to general circulation, in people after a night of no sleep, and found that there’s actually a surge in circulation. That’s part of the reason you can get up after a bad night of sleep and feel strangely good. You just can’t maintain that pattern,” he says.

Share
Related Categories
Related Articles
This is Way More Fun Than Playing Video Games!
Corner Faster
Mountain Bike Cleat Install
What is the right amount of exercise for optimal mental health?
New Pedals and Shoes from Diamondback
Trail Dogs: A Rider's Best Friend
Ride Safely After Sunset
Catch Up With Rachel McBride
Train for a Century in 8 Weeks
How to Lock Your Bike