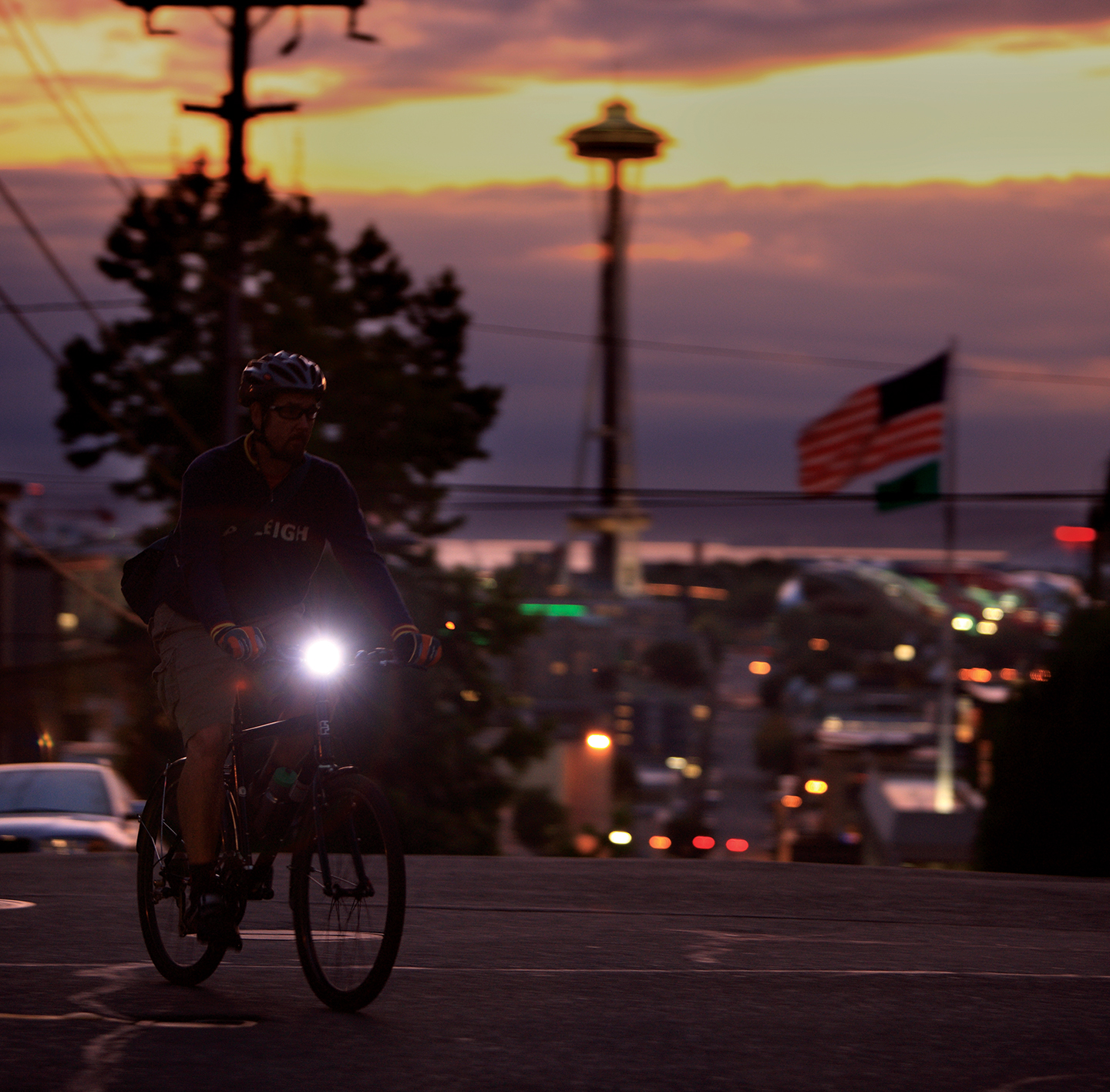 Tell me if these scenarios sound familiar:

So many of us lead busy lives and cycling comes second. Yet we want to stay in shape and so we resort to whatever hours are available to get our training in. The problem is that late night training leads to late night eating, which is less than ideal for digestion and recovery.

“There’s all sorts of rules about eating at nighttime, most of them without any specific rationale, or based on old wives' tales,” said Alan McCubbin, Advanced Sports Dietitian. “Many of them don’t have a specific scientific rationale, but are more behavioral strategies designed to prevent people overeating at nighttime. This can be a useful strategy for people who are prone to eating for non-hunger reasons, like eating in front of the TV, boredom eating, procrastination eating, and so forth.”

But when it come to athletes who train at nighttime, different rules apply. If you want a high quality training session at night you’re going to have to be mindful of what you’re eating before, possibly during, and after that session.

HOW TO FUEL FOR NIGHTTIME TRAINING

Cramming in lots of food shortly before is never a good idea, but processed and/or sugary foods, alcohol and caffeine are notorious for impeding sleep quality, recovery and waking up fresh.
To provide a quick guideline, McCubbin suggested the following:

There are two parts to this – the health aspect and the performance aspect.

“We know that shift workers have poorer health than people who work during the day, in part because the body doesn’t metabolize food (particularly carbohydrate) the same,” explained McCubbin. “The blood sugar response to any given meal is usually greater at night than it is during the day. This is probably because some hormones in the body rise and fall at different times of the day, following a natural daily rhythm.”

For those people with or at risk of Type 2 diabetes, these eating patterns are a serious health risk. But for serious athletes who are younger, leaner and at low risk of diabetes, eating at night is very unlikely to put them at any increased risk, said McCubbin.

“If you’re exercising at nighttime, the body is going to increase its ability to use blood sugar during and after that session, so the blood sugar response to food consumed just before, during or after exercise will be lower anyway,” McCubbin said. “A modest amount of carbs during nighttime training (around 30-40g for every hour of moderate to high intensity effort) is unlikely to be a problem for the vast majority of people, but is only really necessary if the session is high intensity and the quality of the session is important (just like training at any other time of day).”

McCubbin said that consuming a serving of protein-containing foods before bed can help to increase the body’s adaptations to training (and probably minimize the loss of muscle if someone is trying to lose weight).

“I often suggest a protein snack before bed to athletes I work with, especially those who are either trying to gain muscle or trying to lose body fat without losing muscle,” said McCubbin. “But I also do it for cyclists during a hard block of training of during a stage race, especially if they tend to have an early dinner or go to bed late.”

However, riders doing a multi-day event should consume some extra carbs at nighttime due to the limited window in which to recover their body’s stores from one day to the next.

“If you finish a stage at  4 p.m. and have a big stage at 10 a.m. the next day, you’ve only got 18 hours (and probably 6-8 of those asleep) to restore your muscles' supply of carbs, so it’s about being pragmatic and getting it in however you can,” said McCubbin. “But again, with the amount of riding happening in this scenario and the likely fitness level of the rider, any health effect of these carbs at night is likely to be negligible.”

This article, by Anne-Marije Rook, originally appeared on cyclingtips.com and is re-created here with permission.