Eric Porter and photographer Justin Olsen recently teamed up in search of a mythical sunrise shot. Porter claims it didn't go well, but we think it's fantastic. What do you think? In Porter's words:

The golden hour is a special time for a photographer. Landscapes come to life in a violent glow that transforms even the most mundane landscapes into Ansel Adams stills. Unfortunately, it is sometimes difficult for the stars to align and capture that perfect image. With that experience fresh in mind here are 5 Easy Steps to Blowing Your Sunrise Shoot. 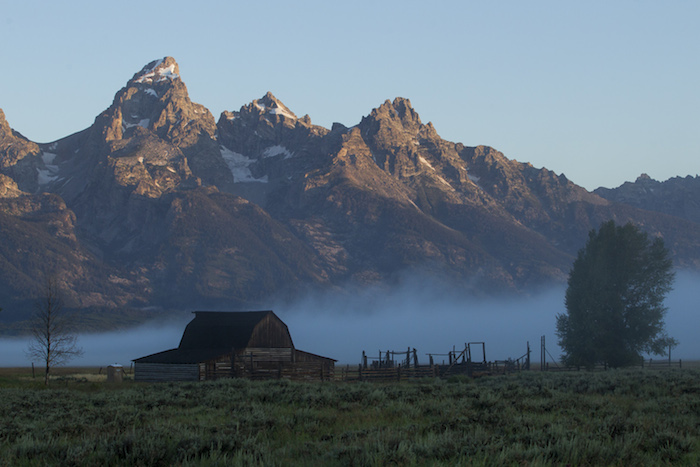 With my wife and kids soundly sleeping in the small cabin we were staying at, cooking breakfast wasn’t an option. We planned to grab breakfast burritos at the gas station across from the TGR office in Wilson… only they open at 6am, so our 5:30am arrival time meant we were out of luck, another Clif Bar breakfast it is.

As we rolled through Gros Ventre, we noticed the sun popping over the horizon and lighting up the Tetons, and figured we might as well get that B-Roll! Instead of pulling over and stopping like a tourist, we pulled the pro move and stuck the 70-200 lens out the window and fired away, while still making good time!

STEP #3: HAVE GREAT EXPECTATIONS OF SUNRISE SHOTS ON A TRAIL YOU’VE NEVER RIDDEN 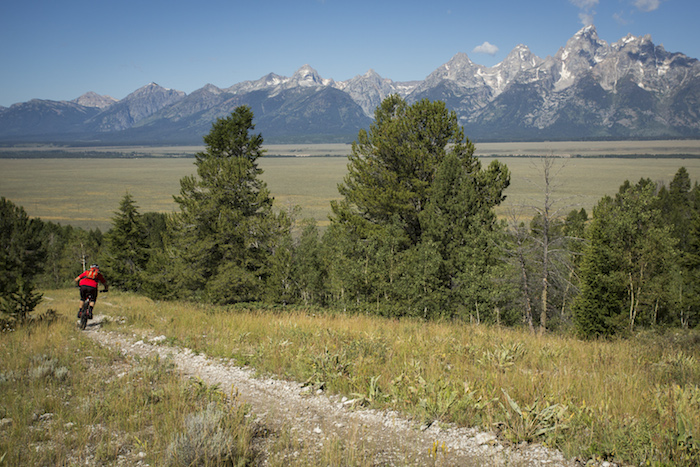 All we knew was a this is a super fun ripping trail that’s on the other side of the valley from the Grand Teton, so of course we assumed the whole trail has amazing views of the mountains with perfect light. As it turns out the trail is about 90% in the trees, and the open sections just didn’t quite work for the shot like they should.

STEP #4: DON’T BOTHER ROLLING TO THE BEST SPOT TO SHOOT UNTIL SEVERAL HOURS AFTER BANGER LIGHT 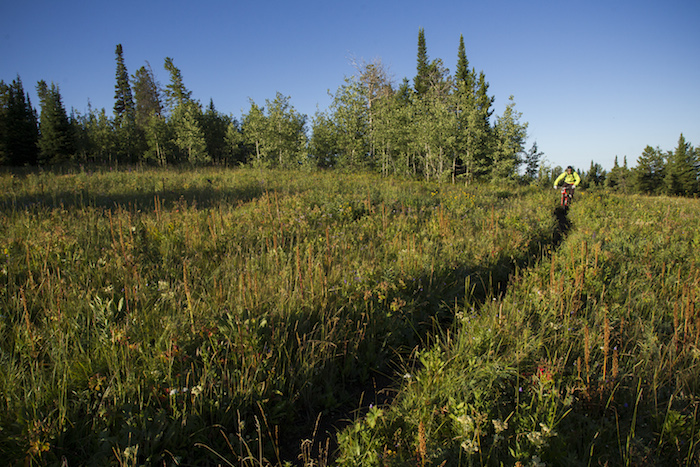 As we got most of the way down the trail, bummed we didn’t get rad trail with the view we wanted, we came up to the exact section we had been looking for all along… at 10am. It was still rad, but had we known, it would have been all time!

STEP #5: WIN ROCK PAPER SCISSORS FOR THE FREE LAP DOWN THE TRAIL WHILE THE PHOTOG DRIVES THE SHUTTLE 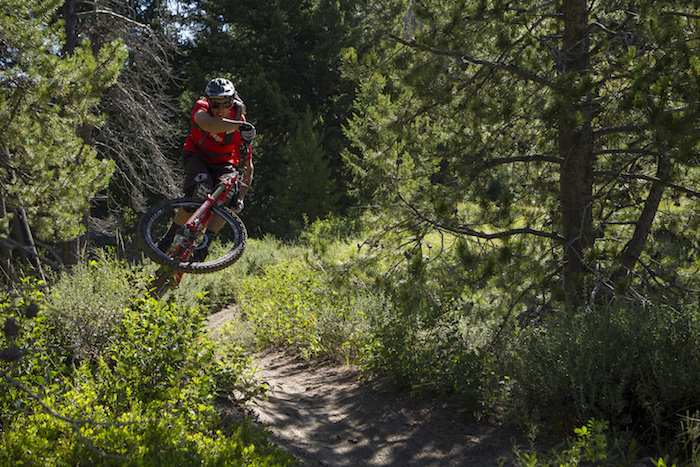 After getting to the bottom of the trail we had a 1,400 vertical foot climb back up to the van. We both climbed up together, and then as we neared the top, realized that only one of us needed to be in the van, and the other would get to ride this super fun trail back to the bottom. Is it fair that I got to rip the trail while Justin drove the van back down? Not necessarily… but I did win RPS fair and square, not my fault he cracked under pressure and chose paper when he should have chosen scissors! As soon as I dropped into the trail I lost any feelings of guilt I had for not driving and had the best time going full speed down this amazing trail!