Last summer Eric Porter invited Seth of Seth’s Bike Hacks out for a visit to Park City, Utah, so they could test the Sync’r Carbon on the longest day of the year. What better way to put a new bike through its paces than to stitch together a ride that includes a little bit of everything: pedaling to the top, big miles, sick descents, sweet views, a chairlift, and even a few surprises along the way. Here’s their story: 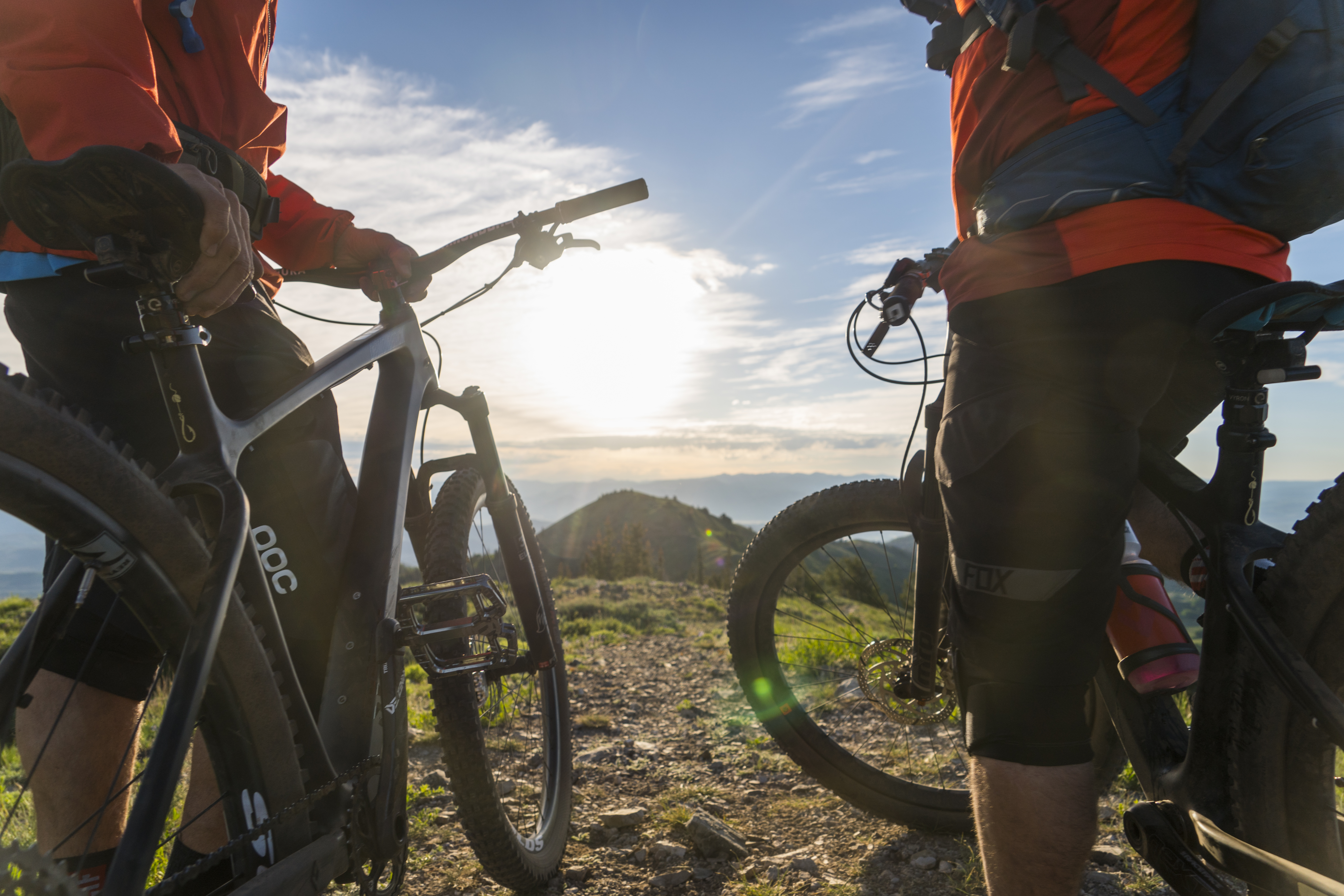 PORTER: When I started planning the route for the summer solstice ride with Seth, I ended up being a bit too ambitious. My original plan started with a 4,000-foot vertical climb from my house in Midway up to the Park City Ridgeline. I called Seth to ask how he felt about that, and after a long pause he responded that he had maybe climbed close to that much over an entire day of riding — once, last summer. Taking that into consideration, we started the day with a shuttle in my truck.

SETH: At 5 a.m. on the longest day of the year, Eric Porter and I set out into the beautiful mountains overlooking Park City on our new bikes. Eric's Sync'r Carbon hardtail was configured with fast-rolling 29-inch wheels and tires, while mine was set up with forgiving 27.5+ balloons. 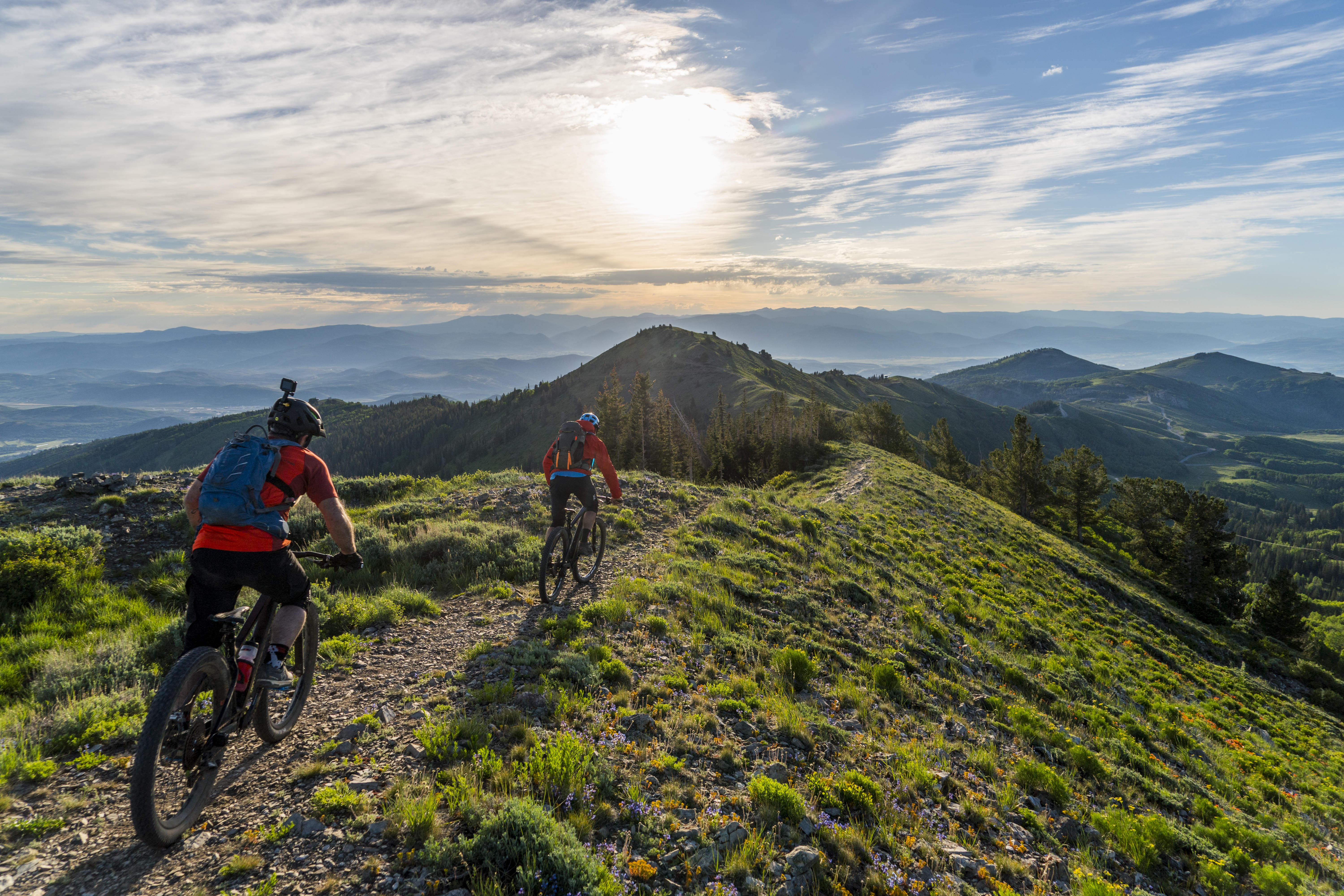 PORTER: We headed out on the infamous Wasatch Crest Trail, the crown jewel of Park City mountain biking. It’s a beautiful high-alpine singletrack with 360-degree views that go on forever. 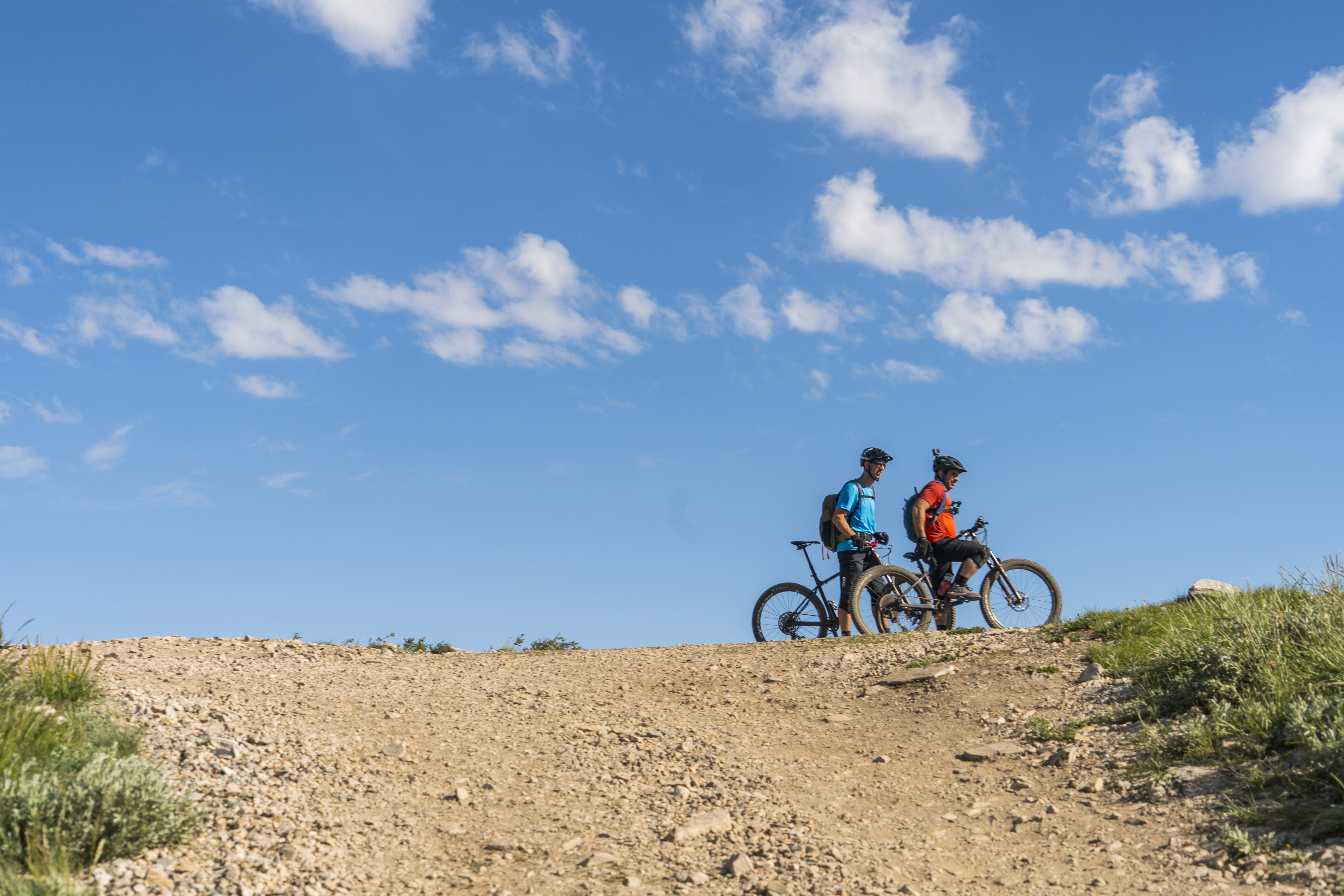 SETH: Almost immediately, we found out which wheel size was better — neither. Before the sun had fully risen, Eric's rear tire had already suffered a huge puncture. Not yet fully awake, Eric mumbled, "Those sharps were really rock!" 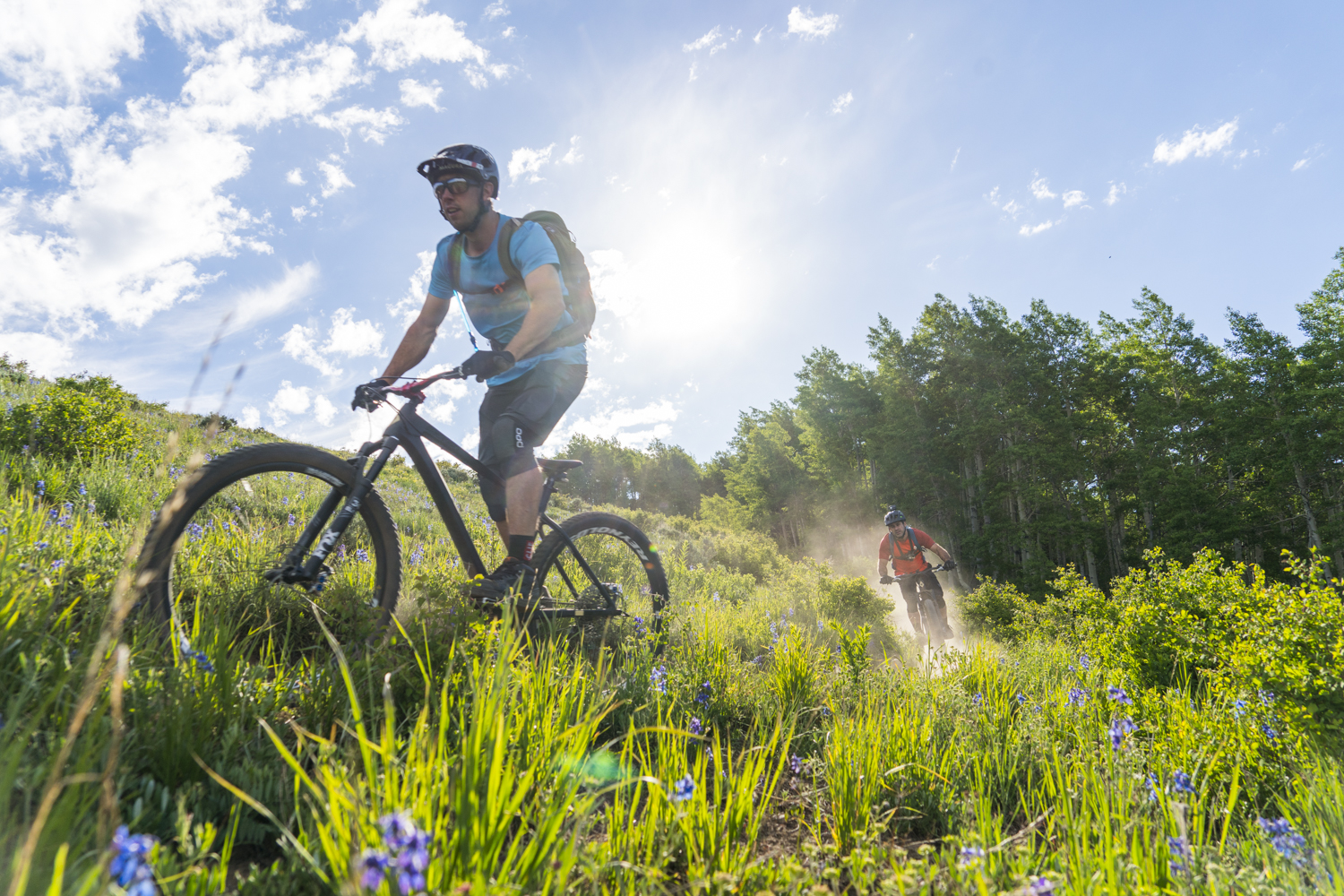 PORTER: The trail is smooth and fast, broken up by sharp rocks and roots just often enough to keep you on your toes. Even though we started out with a shuttle, there are still many climbs along the way. 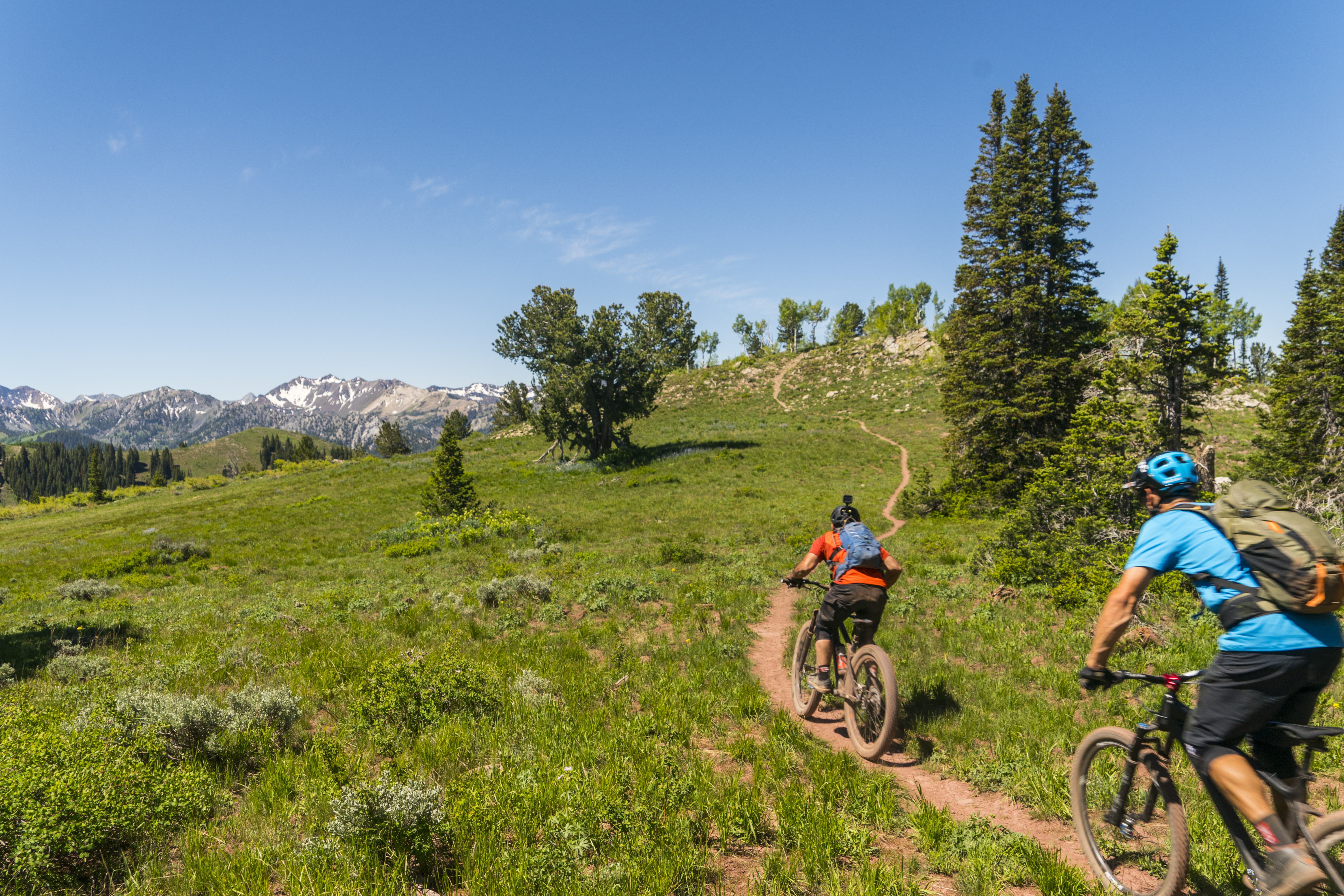 SETH: It turns out that the Wasatch Crest is chock full of rocky sharps, with my tires also suffering several punctures in quick succession. After the merciless trail gods ate their fill of tread and sidewall, they finally granted us safe passage along the crest. That was more or less the end of our tire woes, but we still had a ton of mountain below us. 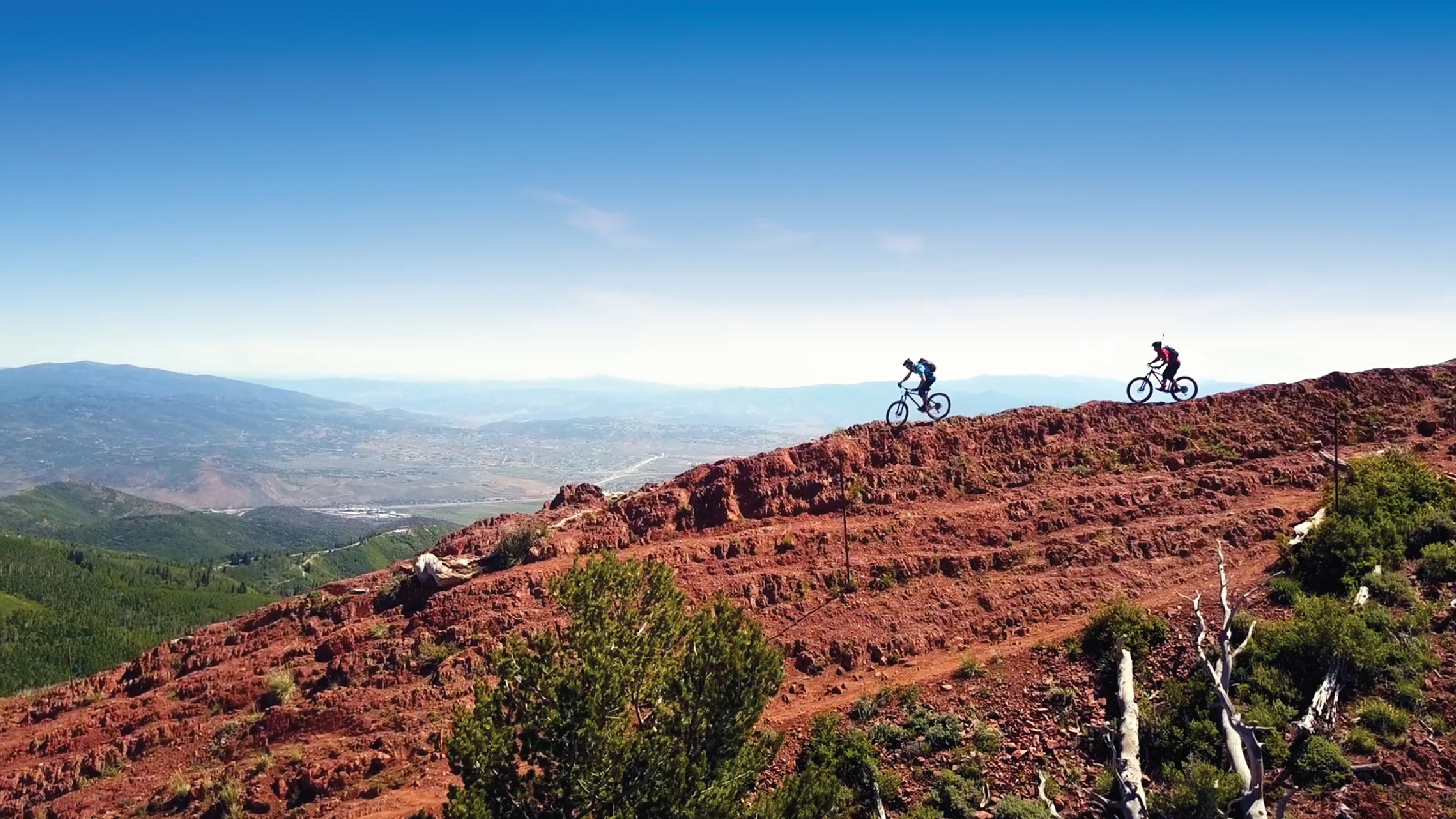 PORTER: The regular route either drops down to Salt Lake City on one side of the ridge or Park City on the other side of the hill. I chose to take the third option and surprise Seth by taking a detour.

SETH: Following Eric's lines and pumping every undulation along the dusty bench-cut goodness, I got to enjoy my new hardtail in the best way possible. The long stretches of open trail came to an end, and we navigated the six million switchbacks that would eventually spit us out at a ... bobsled track?

PORTER: I surprised Seth with a stop at the bobsled track at the Utah Olympic Park. This is something that anyone can do for a fee, but luckily my friend is one of the bobsled pilots, so he let us ride right to the bobsled and hop on. It is a wild ride, taking you down this track at high speed with no brakes, pulling Gs like a fighter jet. It is the closest you can feel to being in the Olympics without a lifetime of training.

SETH: I didn't really understand how hardtails, the summer solstice, and bobsleds could be remotely related to one another, but I rolled with it. Blasting fully sideways along banked turns at over 70 mph, the bobsled ride was much scarier than the singletrack descent that came before it.

PORTER: After the bobsled, we hightailed it to Deer Valley Resort to balance out the singletrack with some bike park jumps. 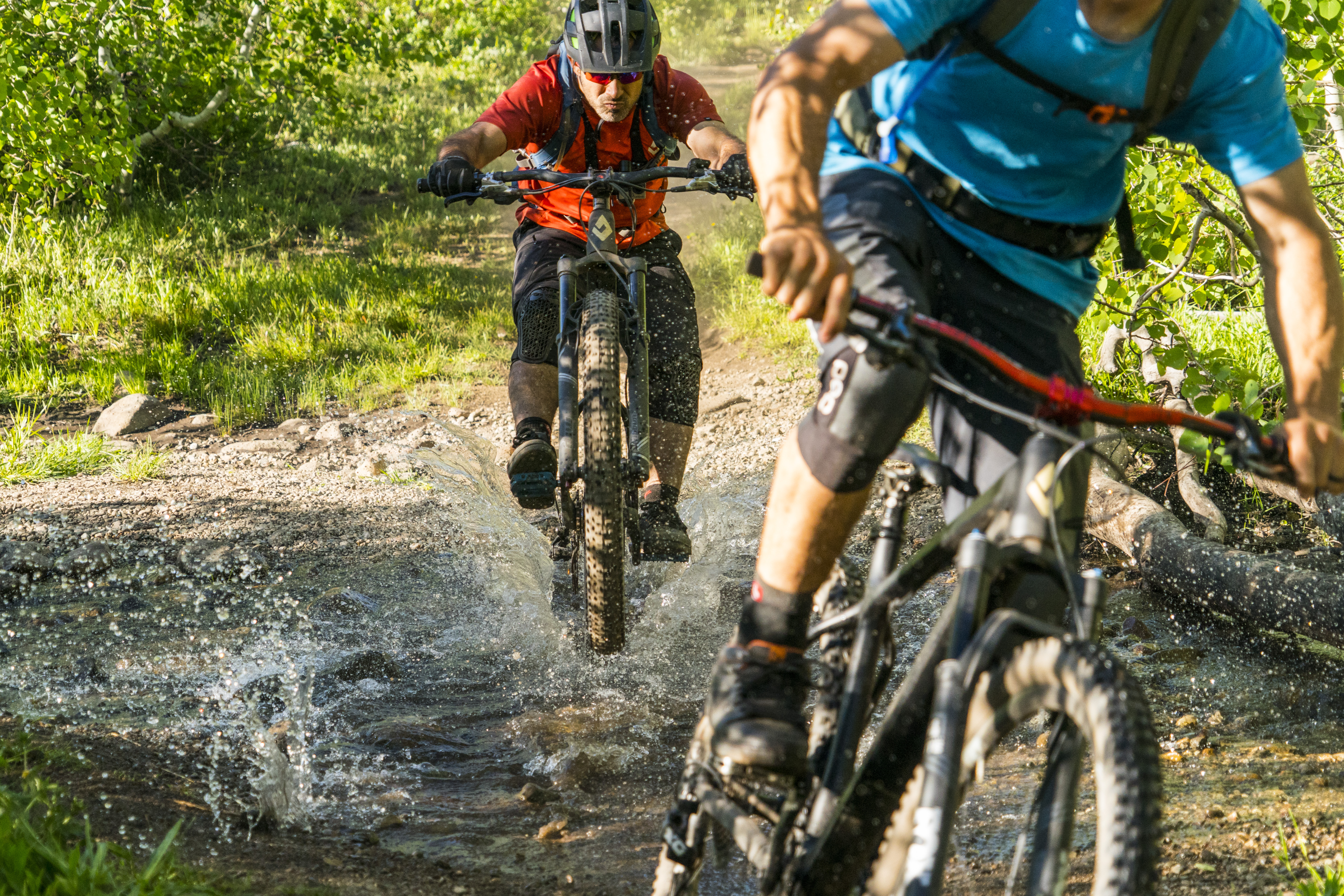 SETH: After an eventful morning on the crest, a harrowing bobsled ride, and a much-needed lunch at the base of Deer Valley resort, we rode the chair lift back up into the sky. The great thing about Deer Valley Resort is that you can link it up to different trail systems surrounding Park City and Midway.

PORTER: As soon as we got off the lift we were mobbed by kids who wanted to ride with us — it was great. We took them for a lap down Tidal Wave, whipping side to side and cracking tables, and finished up with Seth handing out some of his stickers to the lucky kids. We wrapped up the day by cruising down the WOW trail, which connects Park City to my house down in Midway, and it’s a fun trail. 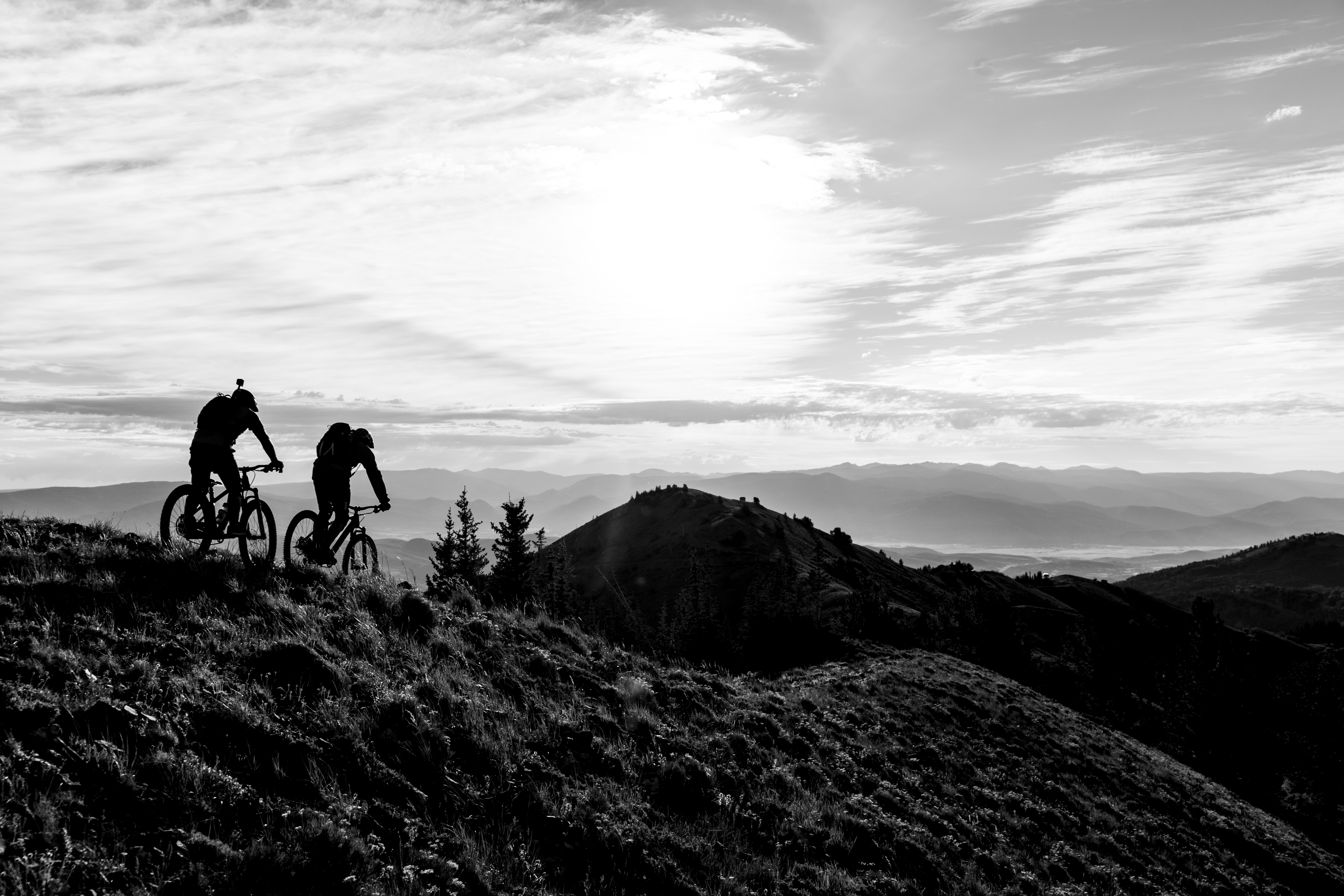 SETH: We took a rip-roaring route back to Eric's house to ride his dirt jumps, drink some brews, and reminisce about our day. 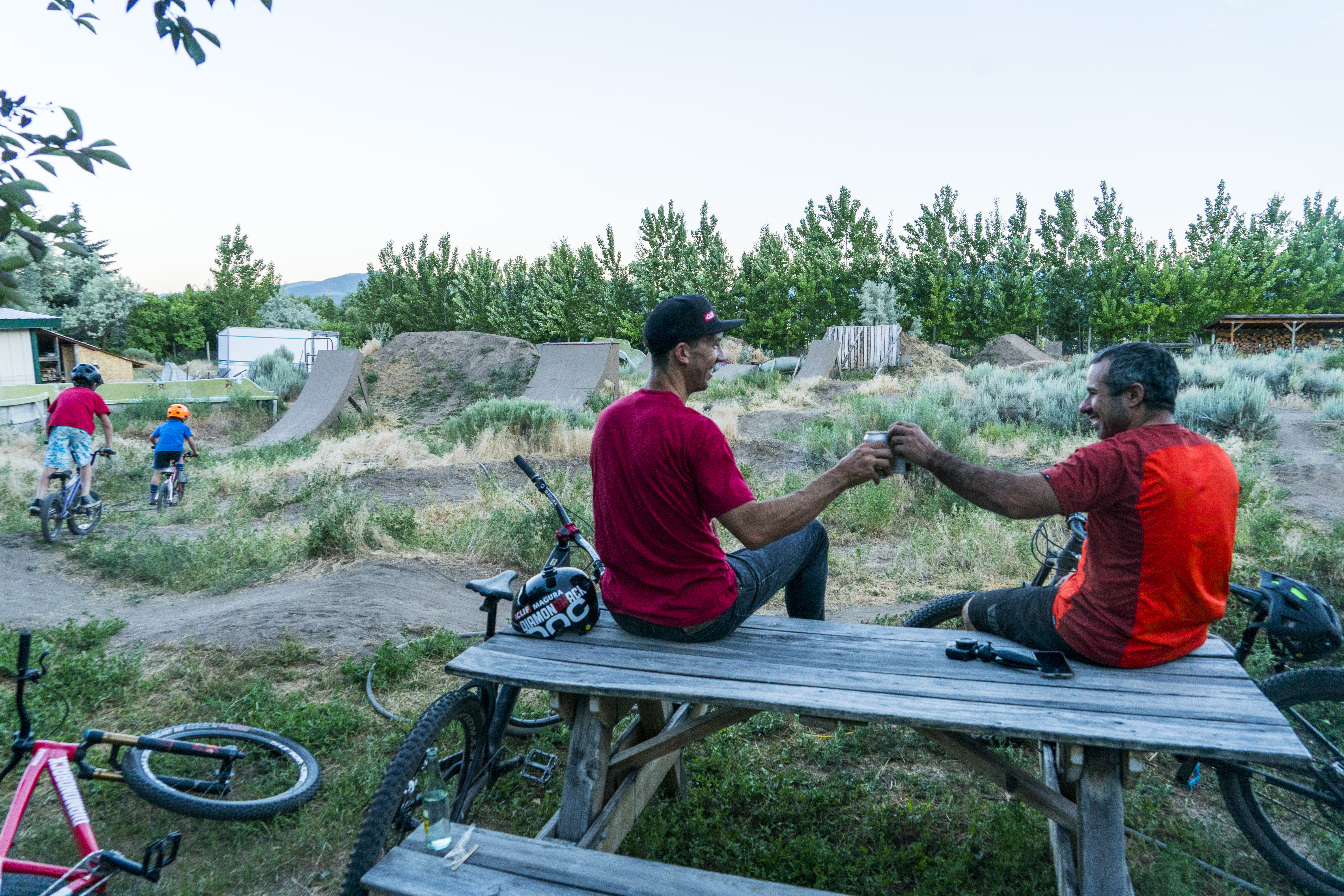 PORTER: A pump track session with the kids and a cold one — the best way to wrap up the longest day of the year!