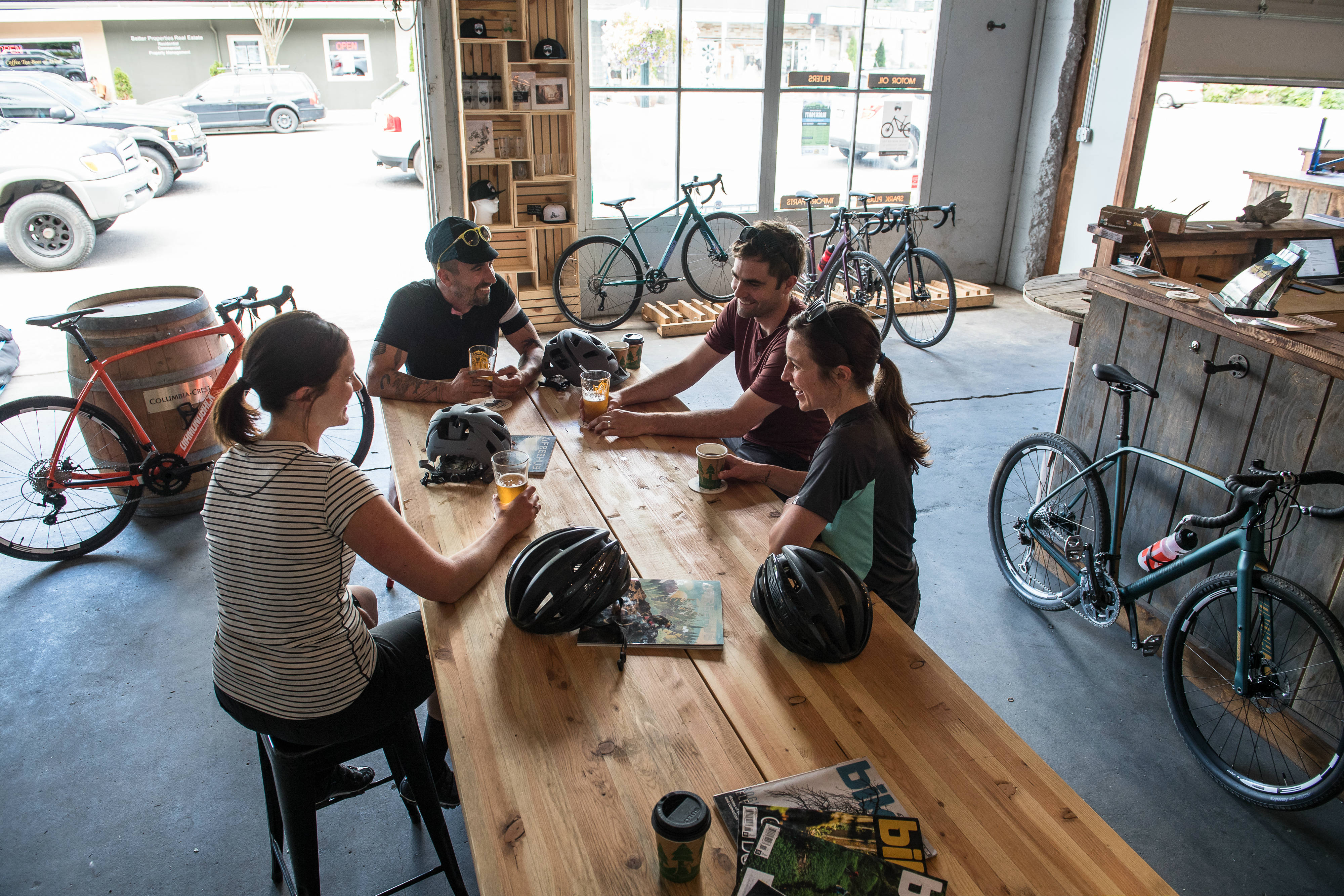 It seems that cyclists love their craft beers and wine as much as they love their coffee. After all, few things taste as good as a cold, crisp beer after a long day in the saddle while reminiscing about the ride with your friends.

But what are the potential consequences of those post ride catch-ups and happy hour drinks with friends? We all know that alcohol is loaded with sugar, devoid of good nutrients and full of a lot of extra calories.  Plus, we’ve probably all experienced feeling less than our best when getting on the bike after a night when we’ve had “one too many.”

So for the average person, how bad is alcohol, really? Why? And how does it affect your on-the bike performance? We asked Advanced Sports Dietitian Alan McCubbin to find out.

“That depends entirely on the amount that’s consumed,” said McCubbin. “Small amounts of alcohol (1-2 drinks) is probably not harmful, even on a semi-regular basis.”

With that said, even one-off days of high alcohol consumption can have a health impact.

“In the short term, high alcohol consumption can suppress the immune system, making people more prone to illness. And of course there’s the risk of injury from reduced coordination and lack of judgement, whether that’s driving a car or crossing the road on foot (or riding a bike),” said McCubbin.

In the long term, the health impacts of high alcohol consumption are more severe with increased risks of getting pancreatitis, liver disease, heart disease and some cancers.

“Current guidelines for alcohol consumption vary from country to country. In Australia they recommend no more than two standard drinks on any given day in order to minimise the risk of illness or injury,” said McCubbin.

Whilst enjoying one or two beers or glasses of wine may not have a noticeable affect on performance, McCubbin does warn that larger amounts of alcohol will affect performance in a number of ways:

And then there is the effect of alcohol on weight management.

“Alcohol has around 7 calories per gram, almost double that of carbohydrate and protein. A standard pint of beer contains around 210 calories, about the same as 3-4 slices of bread,” explained McCubbin. “A big night on the beers will have the same effect on your weight as staying home and eating a loaf of bread.”

So How Much Can I Drink Before it Becomes Detrimental to My Performance?

As mentioned above, health guidelines recommend no more than 1 to 2 drinks on any given day. For performance, McCubbin said that there is not enough research yet to pin-point exactly at what point alcohol will affect cycling fitness.

“But I’d suggest the two drinks is probably a good rule of thumb, particularly if you’re riding the next day,” said McCubbin.

Is Wine Better than Beer or Hard Liquor?

Wine, especially red wine, has been studied extensively with suggestions that it may even be good for your health. But McCubbin clarified that the effects of the alcohol are the same regardless of type.

“There’s no evidence that the effects mentioned are any different between different types of alcohol. Obviously because of the varying alcohol content though some drinks may get you to a higher number of standard drinks faster,” he said.

So whether you choose beer, wine or bourbon, enjoy that drink you worked so hard for, just remember that the best thing for you on and off the bike is to keep it to one or two.

This article, by Anne-Marije Rook, originally appeared on cyclingtips.com and is re-created here with permission.