Some holiday favorites are healthier than you think 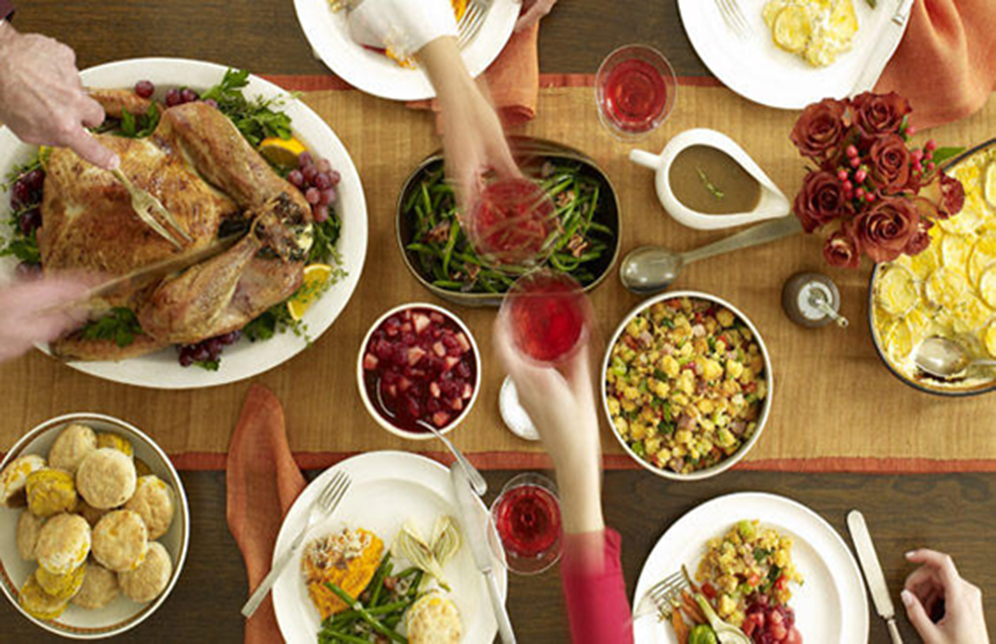 Contrary to popular belief, eating your favorite foods over the holidays may not be a bad idea. Some of your go-to dishes are secretly packed with nutrients that will prepare you for your next ride. So go ahead and load your plate—sans guilt. We broke down some of your favorite holiday staples, and here's what we found: many of them are not only delicious, but packed-full of nutrients. Now that's something to celebrate.  Keep reading for our list of the healthiest everyday holiday meal dishes, and the best recipe for each of them.

Cranberry Sauce
Cranberry sauce gets a bad rap because it's filled with sugar. But what you may not know: Cranberries pack even more free-radical-fighting powers than blueberries, according to a study published in the Advances in Nutrition. They also boast a meaningful amount of phytochemicals—their most noteworthy health benefit, according to Jeffrey Blumberg, PhD, director of the Antioxidants Research Laboratory at Tufts University.

How to make it:
1. Put white wine and honey in a sautée pan over medium heat. Stir to mix. Cook for five minutes, or until mixture has reached a strong simmer.
2. Add brandy and cranberries. Stirring occasionally, cook for 15 minutes, until cranberries have softened and mostly turned to liquid, but still slightly retain their solid form.
3. Add cinnamon. Stir. Transfer to room temperature dish and cover. Serves 6.

Stuffing
A stick or two of butter is usually called for in most stuffing recipes, making it more calorie-dense, says Alex Caspero, RD, at DeliciousKnowledge.com. But what no one tells you is that the recommended ½ cup serving size packs about 10 percent of your daily recommended amount of fiber, according to the USDA.

How to make it:
1. Put onion and sausage in a sautée pan over medium heat. Break up sausage with the back of a heavy spoon. Stirring occasionally, cook until onion has lightly browned and sausage has cooked all the way through, some 12 minutes.
2. Meanwhile, put spinach, bread, cheese, olive oil, and eggs in a large bowl. Stir to mix.
3. Add the cooked sausage and onion mixture to the large bowl. Stir to mix.
4. Transfer mixture to a baking dish. Bake at 400 degrees for 15 minutes or until stuffing has very lightly browned. Add salt and pepper to taste. Serves 6 to 8.

Note: Cooking your stuffing in a turkey? Add salt and pepper before putting it in the turkey. Cook for as long as the turkey needs to cook.

Mashed Potatoes
Subbing instant mashed potatoes for the real deal robs you of all of the nutritional benefits and adds some seriously questionable ingredients, says Leah Zerbe, coauthor of 27 Foods You Should Never Eat. Stick with the real stuff: The tuber contains antioxidants, about 45 percent of your daily value of vitamin C, and more potassium than a banana, according to the USDA. Keep the skin on, too—that’s where most of the benefits are condensed.

How to make it:
1. Put potatoes in a pot with enough water to cover them by two inches. Set to high heat. Let potatoes boil for some 25 minutes, or until a fork can slide into a potato easily.
2. Meanwhile, put olive oil, garlic, sage, and red pepper flakes in a large pot over medium-low heat. Stirring occasionally, cook for 5 minutes or until garlic has just started to turn golden. Turn off heat. Cover pot.
3. Drain potatoes. When cool enough to handle, use a knife to peel potatoes. Run potatoes through a food mill or potato ricer, collecting the aerated potatoes in a large bowl.
4. Add potatoes and cheese to oil mixture in the large pot. Mix well with a wooden spoon, until oil mixture has been completely incorporated into the mashed potatoes. Set heat to medium and warm potatoes if needed. Add salt and pepper to taste. Serves 6.

Share
Related Categories
Related Articles
Trail Dogs: A Rider's Best Friend
Build Your City Bike
The Andean Project
Unpacking and Assembling Your Diamondback Road Bike
The Basics of Shifting
Make Your Bike Comfortable
Why you should think twice before trying a low-carb high-fat diet
Unpacking and Assembling Your Diamondback BMX Bike
Get into Gear with Bill Nye
Wrapper's Delight