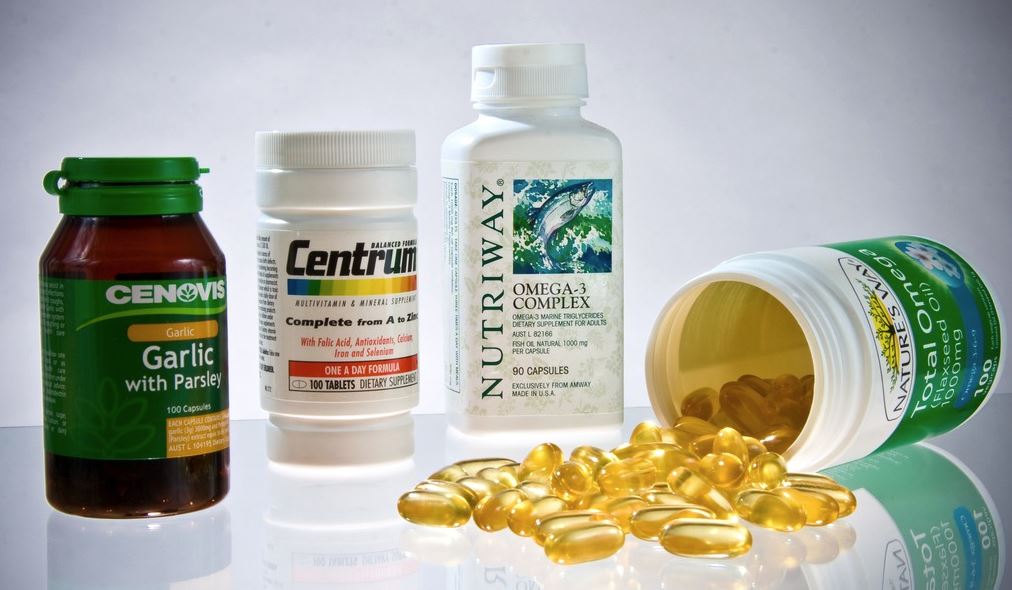 So often the mentality in nutrition (and particularly sports nutrition) is “if some is good, more must be better”. If one protein shake helps recovery, then three will make my recovery three times as good. Fluid prevents dehydration and improves performance, so let’s guzzle down as much as possible.

But as sports dietitian Alan McCubbin writes, this mentality is not only ineffective, in many cases it's detrimental to your performance and even your health.

I’ve heard dozens of stories from clients and other athletes over the years, ranging from people taking triple doses of protein shakes through to one unfortunate soul who ruined his goal race by loading up on huge amounts of magnesium in the hope of preventing cramps. He certainly prevented the muscle cramps, because instead of racing his bike he spent the day sitting on the toilet.

Because when it comes to sports nutrition, it’s all about finding the sweet spot.

The term “hormesis” is used in biology to describe a relationship between the dose of something and the benefit or harm from it, in particular when too much of something is just as harmful as too little. Because of this, the optimal dose of anything that follows this relationship can be described as a “sweet spot."

One of the most simple examples that follows this relationship is sunlight – too little exposure and you’ll be Vitamin D deficient; too much results in sunburn and eventually skin cancer. 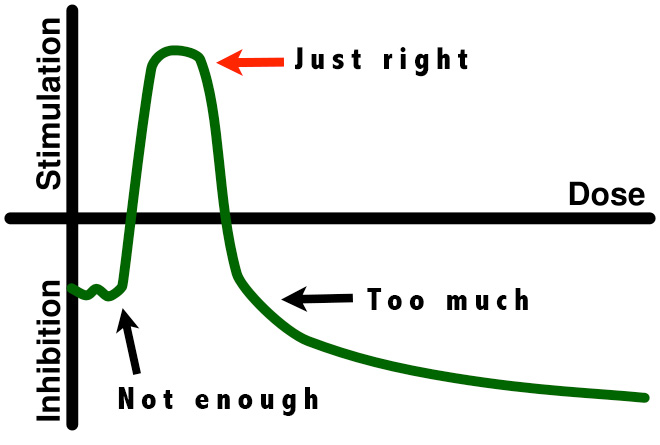 When you look at various sports nutrition strategies, virtually everything your body extracts from food follows this relationship.

Vitamins - Too Much of a Good Thing?

Yes, you can have too many vitamins. Vitamins can be divided into fat-soluble (i.e. can be stored in fat deposits, mainly in the liver) and water-soluble (dissolvable in water with excess usually flushed down the toilet in your urine).

The earliest example of vitamin overdose (or toxicity) occurred during Antarctic exploration in the early 20th century. There were a series of unexplained illnesses and deaths from liver failure in this group. On investigation it was found that the deaths were caused by Vitamin A toxicity. This in turn was traced back to the diet of the explorers who were eating dog liver, an extremely high source of Vitamin A.

What About Carbs, Protein, Caffeine and Other Common Nutrients that Cyclists Focus on?

Other nutrients also demonstrate the hormesis effect, but of course in each case the sweet spot is different. The sweet spot for carbohydrate during exercise really depends on the type of riding you’re doing, and varies from none required up to about 90 grams per hour. A lack of carbs during prolonged high intensity exercise can result in low blood glucose, which most of you have probably experienced as “bonking” or “hunger flatting” at some stage.

Excessive carbs will cause gut problems in most people, although the amount needed for this to happen varies greatly from one person to another. Extra carbs are also extra energy (kilojoules or calories) that may not be wanted depending on the situation, and for those with insulin resistance (typically described as pre-diabetes or Type 2 Diabetes) an excessive amount of carbs can cause a large rise in blood sugar, unless medication is adequate to counteract the effect.

I’ve previously written about the sweet spot for protein per meal or after exercise. It’s about 20-30g of animal based protein, and possibly more for plant-based protein sources. This dose helps to maximize the adaptations to exercise that occur in the muscles, and helps to prevent muscle loss during a period of weight loss. Excessive protein is not particularly harmful in otherwise healthy people (at least in the amounts that humans can physically eat), although it can increase the amount of calcium lost in your urine and contributes extra energy that may not be wanted. And it’s not going to help with performance.

Caffeine has a pretty well-defined sweet spot too, also described in a previous post. Around 2-3mg per kilogram of body weight seems to be optimal. Whilst you won’t have a problem with caffeine deficiency (unless you’re a regular coffee drinker who gets withdrawal), excessive caffeine doses (mostly over 10mg/kg) can cause the same problems seen with the use of stimulant drugs – anxiety, insomnia, gut problems, muscle twitching, irregular or rapid heartbeat and in extreme doses, death.

Even water follows the pattern of hormesis. Too little and your performance is compromised (if you’re sweating enough out for long enough to be an issue of course). Too much over a short period of time is fairly harmless, but over a longer period (several hours) some people fail to pee out the excess, resulting in fluid overload or hyponatraemia.

I’ve finished off with a little table that summarises the “sweet spot” for each of these nutrients and supplements, as well as a few more that are relevant to cyclists. The consequences of excessive amounts vary in severity from “no performance benefit” to “risk of illness”. In some cases the dose required to reach “toxicity” is so high that it’s unlikely that you could ever achieve it from a practical standpoint.

But it’s important to understand the concept of hormesis, so we can move away from the “more is better” mentality that plagues many athletes and fuels a multi-billion-dollar sports food and supplement industry. 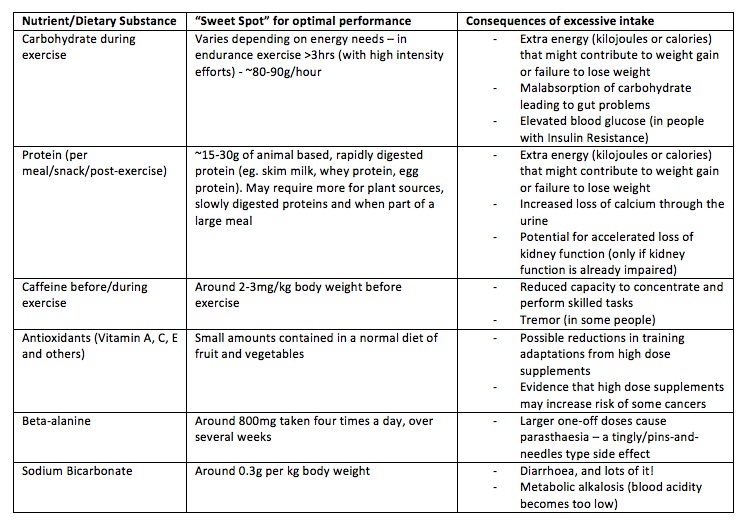 This article, by Alan McCubbin, originally appeared on cyclingtips.com, and is re-created here with permission.