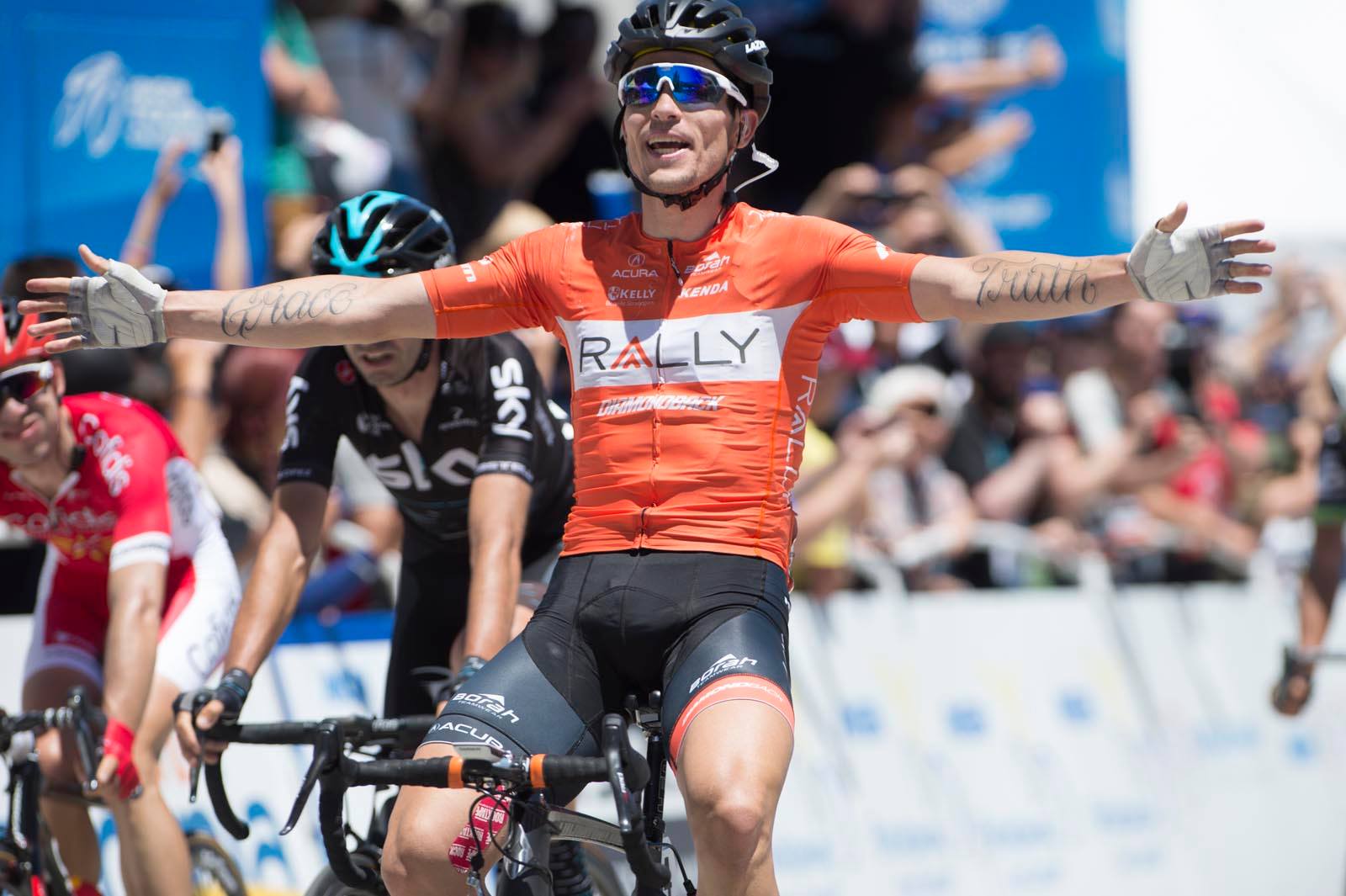 In what appeared to be a replay of stage four, Evan Huffman again rewrote the history books and out-powered his breakaway companions to win the seventh and final stage of the Amgen Tour of California. Huffman won from a five-man breakaway that again included teammate Rob Britton, who crossed the line in fourth. It was Huffman’s second win of the race and also earned him the Most Courageous Rider for the stage. In addition, Huffman won all three King of the Mountain sprints on the road and moved into a tie with classification leader Daniel Jaramillo. 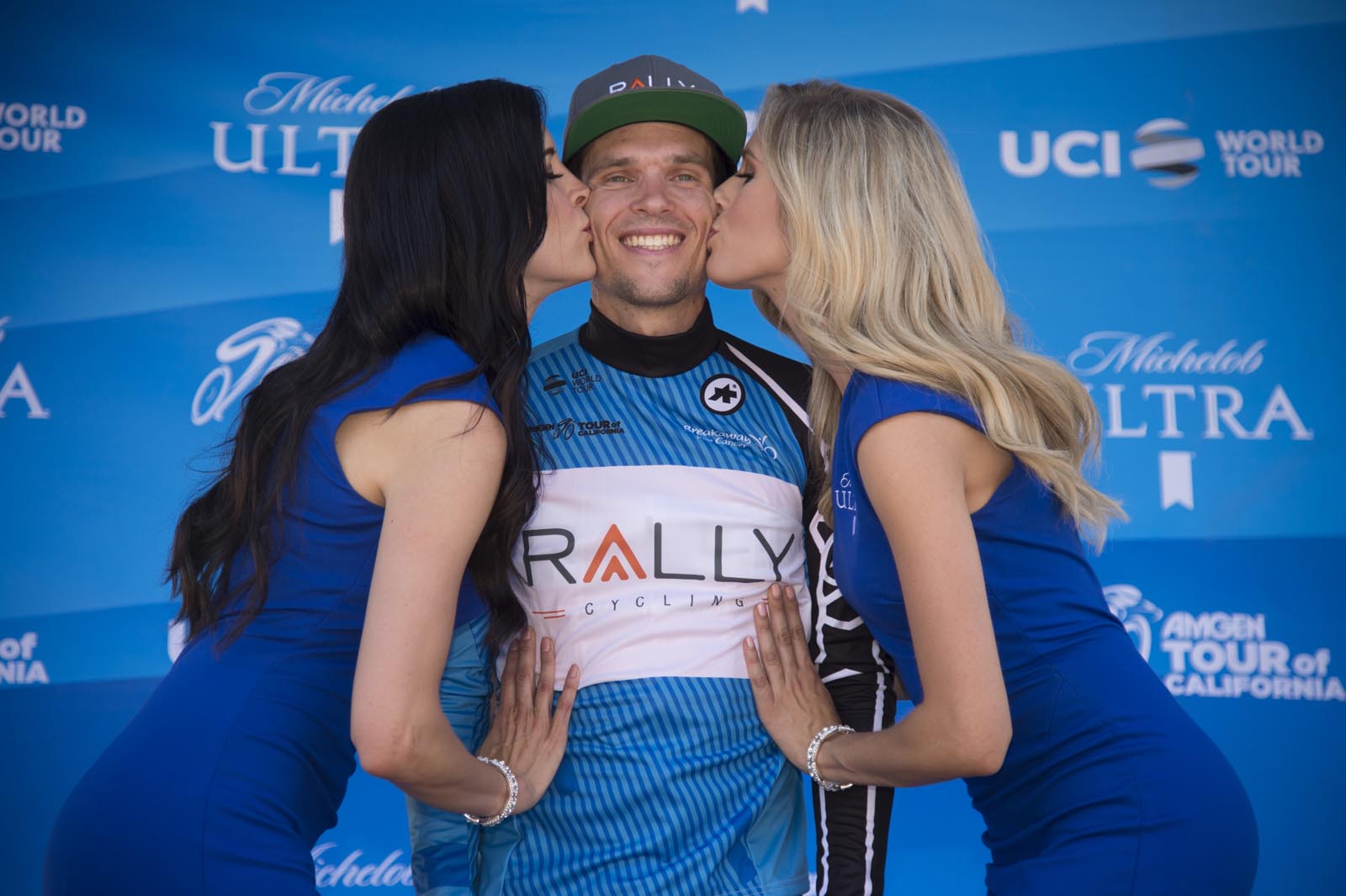 "The strategy today was very similar to that of stage four,” said Huffman. "If we had just sat back and done nothing, it probably would have come down to a field sprint. With Eric Young out of the race, we just decided to throw everything we had into the breakaways. Rob was just crushing it and powered the break to the finish. The entire team has been good all week. For me, it’s just further confirmation of the strength and determination of the team. We didn’t need to win today, I think we could have walked away with one stage win, and it would have been a success, but that is not how we race.”

Huffman’s victory came as a result of another bold plan to grab stage glory. After just a few kilometers, Huffman, Britton and Sepp Kuss initiated a six-man break with David Lopez (Sky), Nicolas Edet (Cofidis) and Lachlan Morton (Dimension Data). Unlike stage four, the peloton knew the danger of letting Britton and Huffman go up the road and kept the gap around the two-minute mark. On the road, Huffman would win the final KOM of the race and tie Jaramillo on points, although Jaramillo kept the jersey after getting more points on higher-categorized climbs. After putting in huge turns on the front, Kuss dropped from the lead group in the closing kilometers, leaving five out front. On the streets of Pasadena, the peloton had closed to within 30 seconds, but Britton, in the blue Most Courageous Rider jersey, kept the pace high and delivered Huffman to the line. As the line approached, Huffman out kicked Lopez to take his second stage of the race and give Rally Cycling its second WorldTour victory of the week. Britton crossed the line in fourth to cap an incredible week and cement his reputation as one of the strongest riders in the peloton. 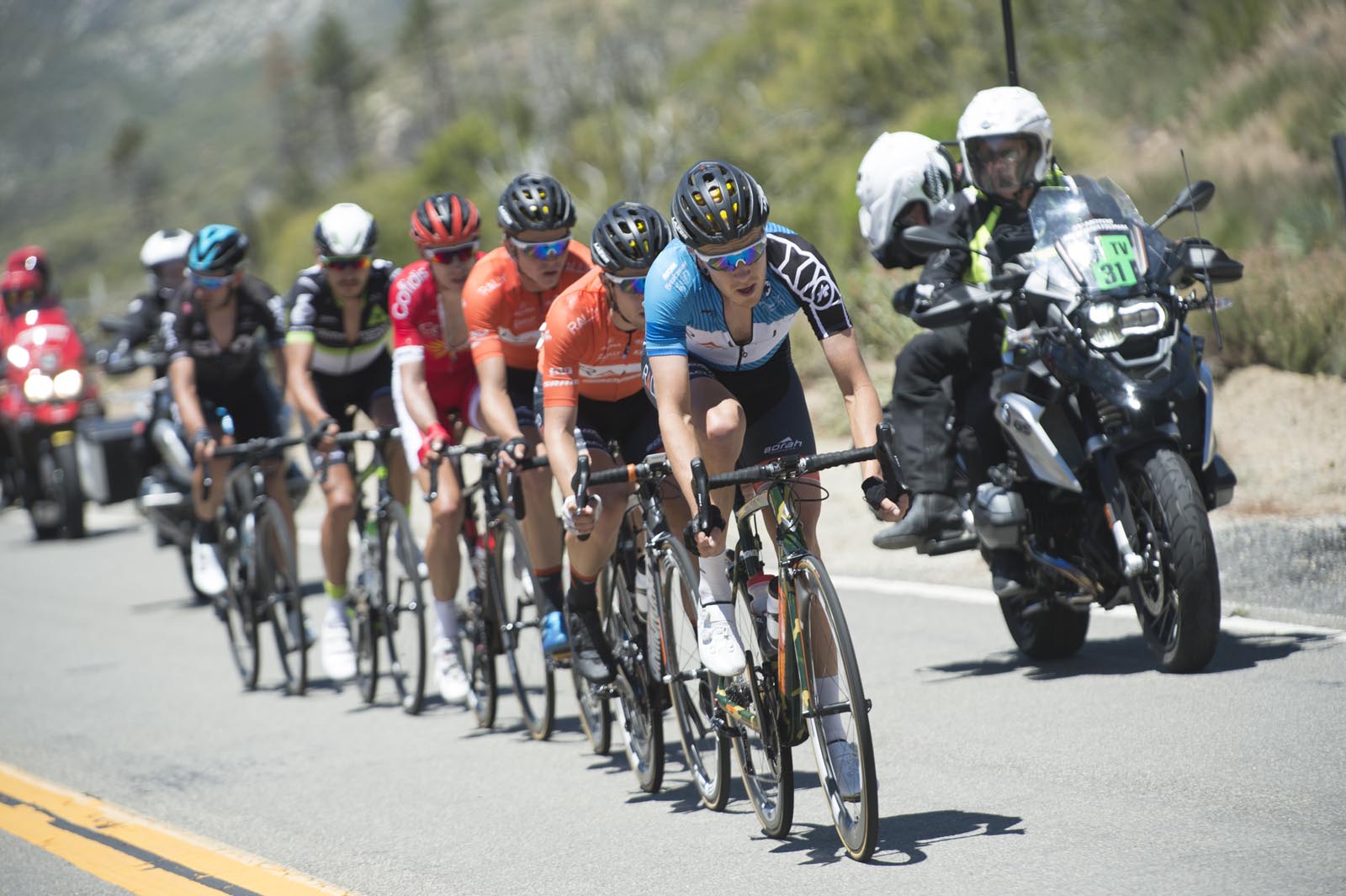 “The best week the team has had in eleven years,” was how Performance Manager Jonas Carney summed up the 2017 Amgen Tour of California. “Evan is riding fantastic, but the real difference here is the team. Without Rob in the break on stage four and Rob and Sepp in there today, Evan wouldn’t have had those opportunities. That is what makes this week so rewarding. It is more than Evan winning two stages; we proved how strong the team is. Today, the strategy was to throw everything at the race. We had nothing to lose. These roads make it difficult to organize a chase, there are a lot of corners and few flat sections. We knew a breakaway had a chance to survive and Britton made sure it did.”

Throughout the week, Rally Cycling showed its strength and determination in its first ever WorldTour event. The team started off well in stage one with a strong showing in the final kilometers, putting sprinter Eric Young in the mix against the fastest riders in the world. In stage two, crashes and mechanicals ended the team’s general classification ambitions, and the loss of Eric Young left the team with limited firepower. Instead of rolling gingerly through the next five stages, the squad regrouped, revised its battle plan and went on the attack. In stage three Danny Pate spent the day in a breakaway before Matteo Dal-Cin, and Adam de Vos attempted to set up Colin Joyce for a run at the finish. Despite not landing on the podium, the team showed that it came to California to race. 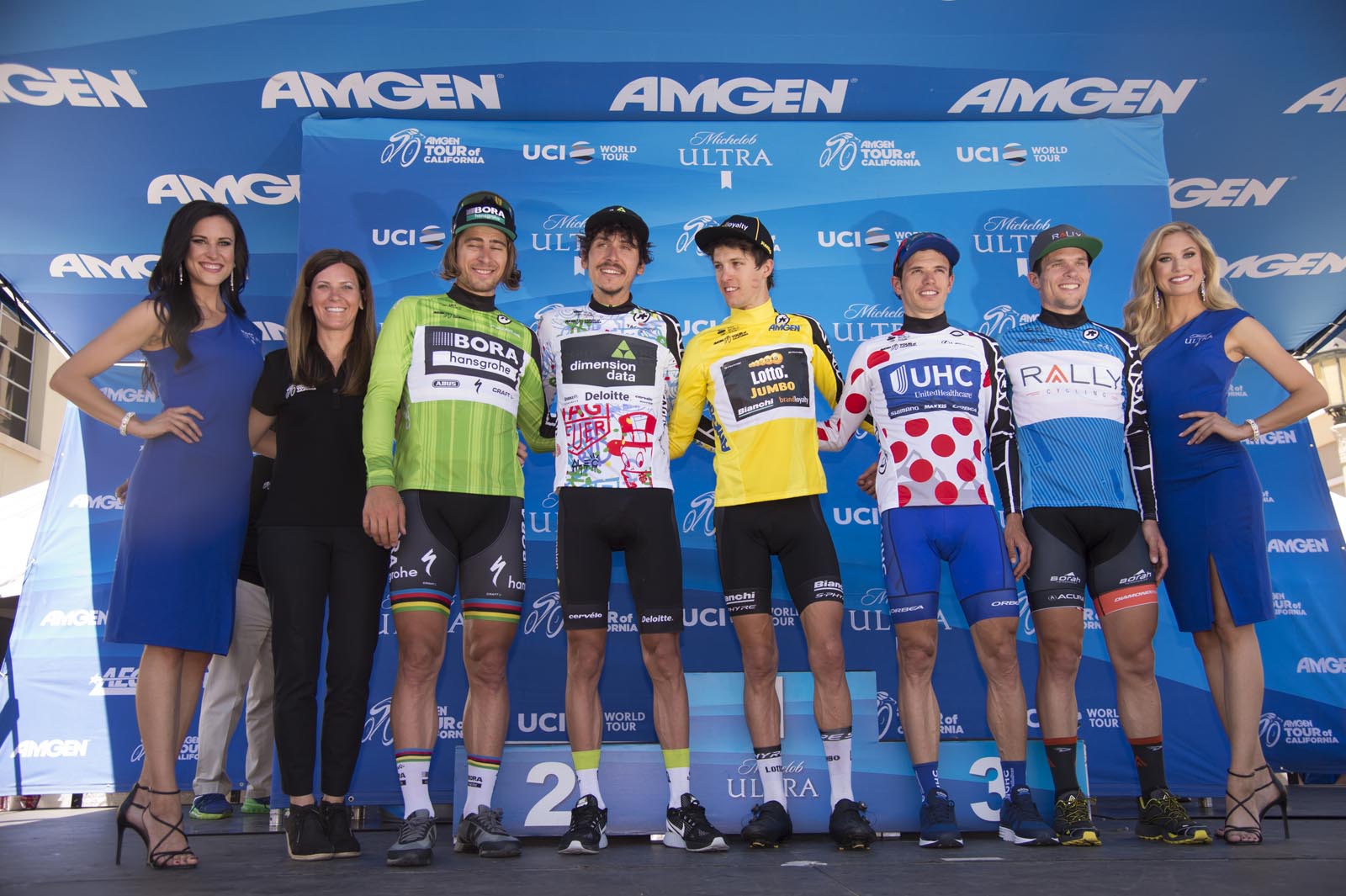 Fortune favors the bold, and daring rides by Huffman and Britton resulted in a stunning victory in stage four. Huffman won from a five-man breakaway that included teammate Rob Britton, who crossed the line in second, to give Rally Cycling a 1-2 finish. The team’s fortune continued on stage five as Rob Britton showed he is one of the most daring riders in North America, animating the fifth stage of the Amgen Tour of California with a daring 40-kilometer solo breakaway that ended just five kilometers from the finish. His heroic effort set up teammate Sepp Kuss for a top ten finish and earned himself the stage’s Most Courageous Rider award. The next day the rider’s headed up the mountain to Big Bear for the stage six time trial. Despite two days off the front, Evan Huffman still finished a respectable 19th and showed he still had power in the legs for the final stage.

The team's success on the roads of California represent the hard work and dedication of the riders and staff of Rally Cycling. With its wins in the Golden State, it is the first Continental team in history to win at the WorldTour level. Next for Rally Cycling is the Winston-Salem Cycling Classic and North Star Grand Prix.

This article originally appeared on rallycycling.com. Words and photos by Sam Wiebe.