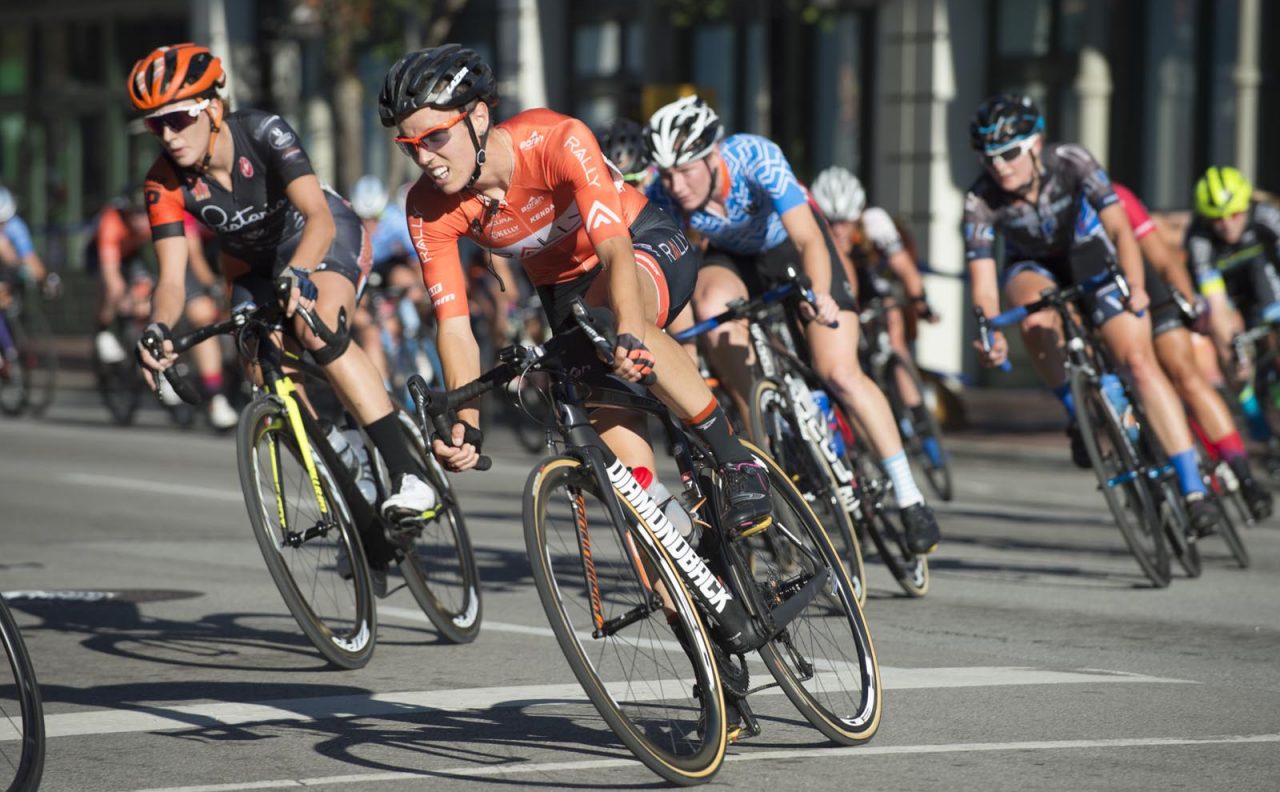 Let's face it: we all love reading tips on how to improve as riders. In a the fast-and-furious world of criteriums, there's something everyone, from beginners to seasoned vets, can improve on. Here are eleven tips to keep in mind heading into your next (or first!) crit.

DON’T GET EXCITED TOO EARLY

The opening 15 minutes of the race will always be fast and furious with attacks and breakaways. A famous saying goes: “He/she who pedals the least, wins the race.” The intuition being that attacking off the front from the gun feels good, but it doesn’t maximize your chances of victory; rather it lessens them.

It takes great patience to wait until the last third of the race to start your attacks, but the feeling when you ride away from your legless competition is worth waiting for.

If you are going to wait out the first half of the race, and have one or two big attacks late in the day; you want to make them count. This time it’s all or nothing. Don’t attack from 40 or 50 riders down, and don’t attack from the very front either.

You want to be sitting around 10-15 wheels back, with the highest speed you can muster up so that you can get a good gap from that acceleration. Wait for the pace at the front to lull, and just as everyone starts feathering their brakes waiting for someone else to go to the front… BANG! Hit ’em with everything you’ve got. If you attack while the pace is fast, then you’ll never get away and it’s all for nothing.

IF YOU’VE ATTACKED, IT’S OK TO LOOK BEHIND

Once you’ve made your bid for glory, keep an eye on what’s happening behind. If you’re just dragging 50 riders around with you, maybe you should kick in the clutch a bit. But at the same time, don’t swing right across the road and stop pedaling totally. Because then you’ve just set the launch pad for someone else’s counter-attack.

GET BACK IN AT THE FRONT!

Go full gas when you attack and keep jamming it, but if you’ve had no success, swing off and be ready to jump back into the line quickly.

If the crit is moving in single file and going full pace, you’re better off to make a 10-15 second effort to get back up to speed and force your way back in within the top 20 positions (after you’ve attacked but been brought back), than drop back to 60th where you’ll spend the next 20 minutes trying to get back up the front.

Obviously, the “get back in to the front of the peloton after I’ve just attacked” effort hurts like no other, but it’s a worthy investment.

Hold your line and follow the wheel in front. You can burn all your energy by accelerating out of corners. Observe the power files of two similar-sized riders; one who corners well, and one who doesn’t. Over an hour your can see a 20-30 watt difference in their average power. If you can’t corner you burn precious kilojoules that your competition isn’t burning.

Additionally, if you don’t corner well good riders will never let you in on the right wheels. This only compounds the efforts you have to make to be in a race-winning position.

Try and get down low with your weight on the front wheel to get grip, and glide through the corner in the slipstream.

When coming into a corner, leave half a wheel to the rider in front, then at the last moment kick in half a pedal stroke so that you accelerate up to that rider during the turn. You are almost starting your ‘out of the corner acceleration’ as you go into the corner.

What you don’t want to do is sit right on the wheel in front, only to have to wash off speed to avoid hitting that wheel in the corner. In that situation you come out of the corner with even less momentum, and have to sprint even harder just to get back up to the rider in front, let alone move up in the field.

Don’t overtake on the inside. This is a contentious one because for the top riders at the biggest crits, the last-lap dive-bomb is a legitimate race-winning tactic. And it’s incumbent upon whichever team is leading out, to close the door HARD so no other teams can take the inside line.

If we are talking club crits, seriously, don’t dive-bomb the inside of corners. Everyone knows everyone, and if you do that repeatedly you can guarantee you will have no friends in the bunch. Then when it’s lined out in the gutter with a crosswind, and you need someone to open a door to let you back in, that door will never open.

Before blowing all your biscuits bridging up to a breakaway, you’ve got to think about the riders in it. Are they the riders that regularly win at this crit? How far up the road are they? How long have we got to go?

They say the true mark of insanity is doing the same thing repeatedly whilst expecting a different result. Yet week in, week out, at crits around the world, we see people attacking at the same time, chasing the same rabbits, and always coming home empty-handed.

“TO WIN THE RACE, YOU HAVE TO RISK LOSING IT.”

You know the feeling; there’s 10 minutes left, the group in front looks like it has a threatening gap (although none of those riders has ever won a crit). The riders near you that always win or podium aren’t chasing, hell they’re not going to take a turn. “Oh stuff it!” you think. “I need to go now or I can’t win. Three, two, one, attack!”

Oh wait: the riders who always win or podium just followed me, using my attack as a bridge to the leaders before going on to win or podium. Again.

Never forget: to win the race, you have to risk losing it. So that means the first week or two, when you decide not to be the sacrificial lamb, you will probably lose. Maybe that threatening break will actually stay away. But if riders around you know that you will always give in first, and try to bring a break back before them, you will never, ever, win a race. Because they will always outlast you, waiting for you to attack first.

TAKE A LAP OUT

Don’t forget: for any legitimate mishap, you can take a lap out. So often we will see riders get held up in a crash only to chase the tail of the peloton for 10 minutes, sitting just 50 meters off the rear. Always take a lap out.

Often the final sprint is won by being the first rider into the final corner. Most crits will have a corner before the final 200-300m drag to the finish line. If you don’t come into that corner positioned properly you’ll never win the sprint.

Know your circuit. Do your research. Win the race.

This article, used with permission, originally appeared on cyclingtips.com.