Research-proven ways that cycling can improve your life.

Looking for motivation to get out the door? You already know cycling can build muscle and torch calories, so take a look at these five surprising health benefits of riding your bike. 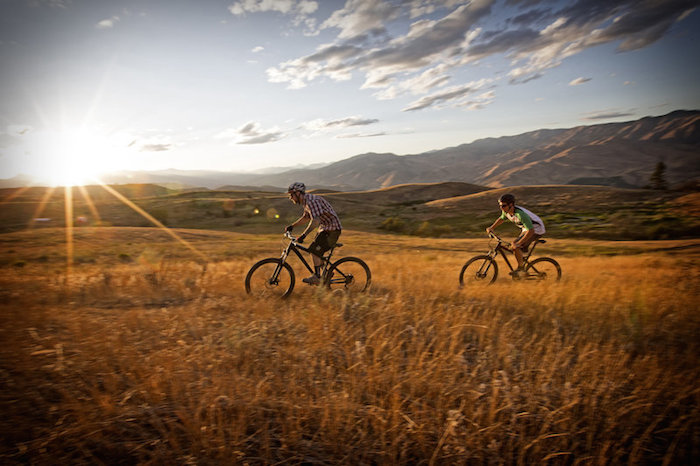 A study published in Psychotherapy and Psychosomatics in 2008 found that as little as 20 minutes of riding a bike improved energy levels by 20 percent and decreased fatigue by 65 percent. Researchers say it’s because cycling triggers the release of the neurotransmitter dopamine, which is linked to energy levels. Note, however, that we aren’t talking about high-speed riding: the study participants who got the most benefit exercised at a low-to-moderate pace, three days a week for six weeks.

Another recent study compared the impact of cycling to work, sports participation, and physical activity at work, and during leisure time on overall mortality rates across a variety of age groups. What the researchers found: Those who spent an average of three hours a week cycling to work had a 28 percent lower risk of dying prematurely, even if they didn’t do any other exercise.

Crank up your brain

After 30 minutes of spinning on a stationary bike, participants in a study published in the Journal of Clinical and Diagnostic Research scored higher on tests of memory, reasoning, and planning than they did before they rode. They also completed the tests faster after pedaling.

When it compared a group of amateur cyclists, aged 55 to 79, with the general population, researches at King’s College London and the University of Birmingham in the U.K. found that the cyclists’ physiological functions would place them at a much younger age, comparatively speaking. Note: These were dedicated cyclists. Study participants needed to be able to ride 100km in under 6.5 hours and 50km in under 5.5 hours to be included.

Researchers at Clemson and the University of Pennsylvania surveyed 13,000 people about their mood during random activities throughout the day. When looking at transportation choices, the researchers found that those who rode bikes were happier than car passengers, drivers, and public-transit users. Probably because we’re feeling younger, more energized, and smarter.