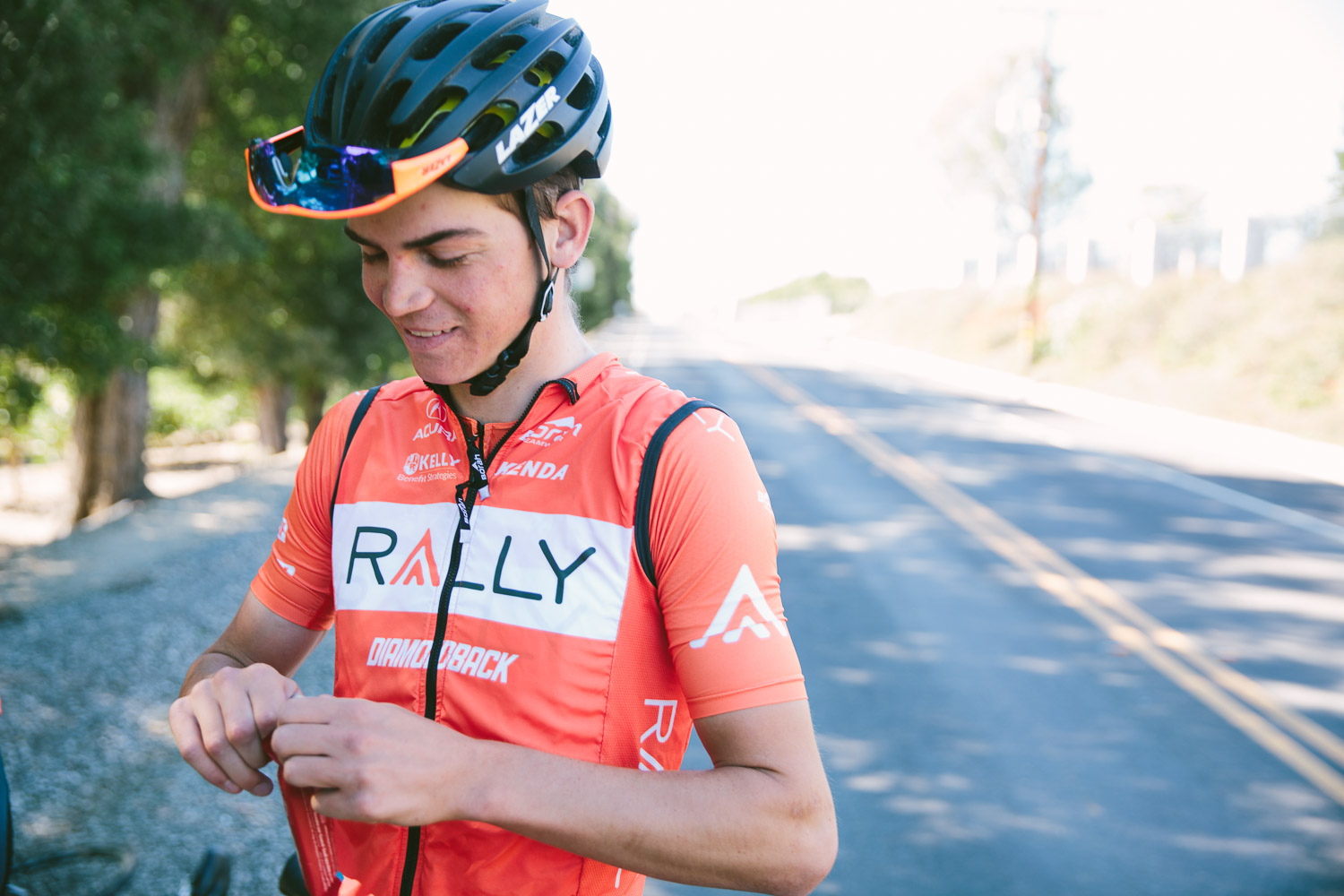 When Sepp Kuss won the Oak Glen stage at last year’s Redlands Classic — racing for an amateur team, and beating two former WorldTour pros — he didn’t entirely understand the significance of his victory. It was his first full season racing on the road and he hadn’t even signed a pro contract.

“I only knew it was uphill,” Kuss told Cyclingtips during a recent training-camp interview. “I honestly didn’t know there was a lot of history behind it.” He was surprised by the attention his victory brought him, and the expectations that subsequently followed.

Later in the season, Kuss signed with American Continental team Rally Cycling. He rode the Tour de Beauce with Rally in June and won the queen climbing stage, confirming that Oak Glen was no fluke.

“We only used him a few times last year,” said team manager Jonas Carney. “Really, the goal was to bring him into the group and have him as a full-time guy this year.”

Carney sees similarities between Kuss and Canadian Mike Woods, who rode for Rally before signing with WorldTour team Cannondale-Drapac.

“We were trying to find somebody who is a kind of explosive, pure-climber kind of guy,” said Carney. “We feel like Sepp is like that, that mountaintop finish guy.” 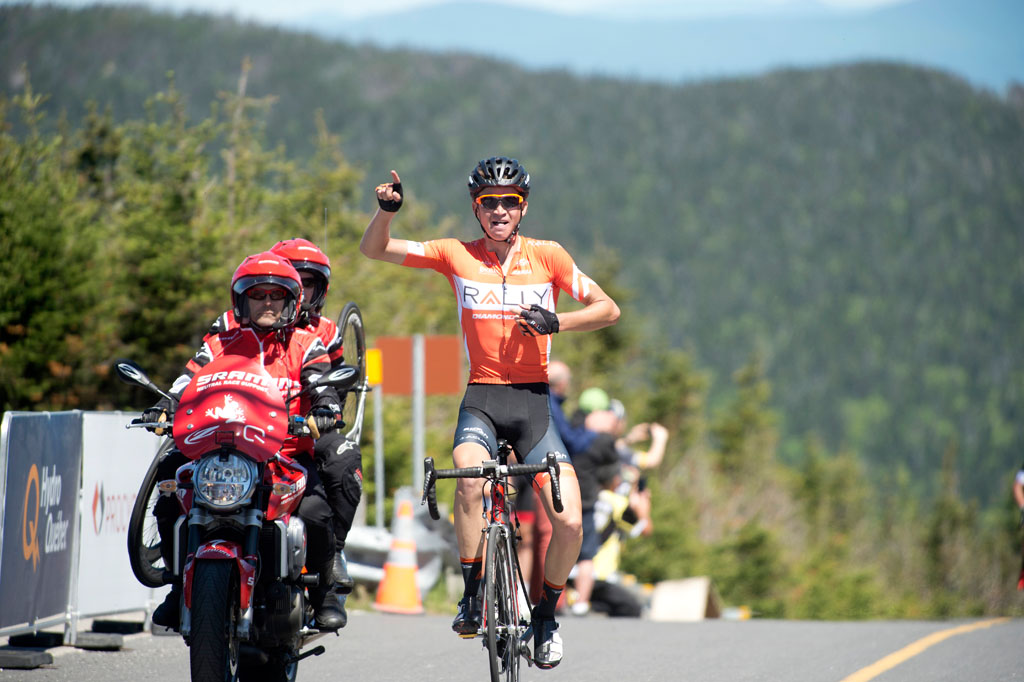 With a background in mountain biking —he’s a three-time national collegiate mountain-bike champion, racing for the University of Colorado — Kuss is still new to the road.

“In the racing scene, every team is almost conditioned like, if you’re not a U23 anymore, you’re not young,” he said. But despite his early successes, Kuss still sees plenty of room to improve and is trying to stay grounded. “You definitely have to temper your expectations and you don’t want to make any jumps too soon.” Though his eventual goal is a WorldTour slot, Kuss isn’t in any hurry. In fact, he found the expectations that grew at hyperspeed around him last summer a little disorienting.

“I think for anyone it’s tough to deal with,” he said. “Especially if it’s like, all of a sudden, who is this guy?” During his mountain-bike career, Kuss twice finished on the podium at the U23 national championship. He also competed in World Cup racing in Europe, where he found the level much higher and the conditions consistently challenging.

When he won Oak Glen, though, his road experience was limited to a handful of races; the 2016 season was something of a trial run. He describes his road career up to that point as dabbling.

“I think there was a lot of hype, maybe, like ‘oh, any climb he goes up, he’s going to win,’” he recalled. “To me, it was like, ‘there’s no way.’” He said he trained specifically to try for results at Redlands and Tour de Beauce, and that the race tactics went his way.

The team dynamic attracted Kuss to road racing. Then, there was the reality that even when he was racing mountain bikes, he was training on his road bike most of the time.

“For my riding style, it felt more natural to be road racing,” he said. The trend in cross-country races toward shorter, more technical courses didn’t suit Kuss as well as longer efforts on the road do. The gamesmanship involved in team tactics also appealed to him. “I really appreciate the team dynamic you find on the road,” he said. “There’s always some way you can contribute to other people or to your own success.” 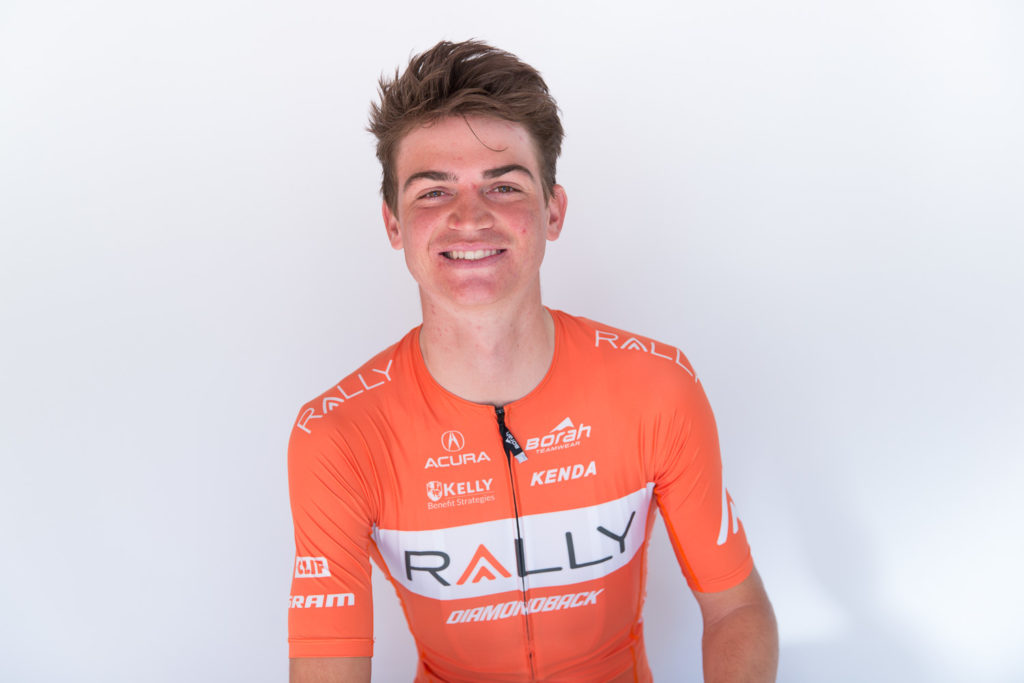 Kuss attempted his first block of European racing last summer. Thanks to his experience with World Cup mountain bike racing, he crossed the Atlantic prepared to take a beating.

“Inside, I was like, ‘there’s no way I can climb with the best guys in Europe,’” he laughed. “And it turned out, I couldn’t!”

Kuss believes he needs better positioning skills, smarter tactics, and more racing in his legs. “I think that’s the reason I’m so motivated by road racing,” he said. “It’s all new to me.”

Until this year, Kuss has divided his time between racing and school;  he’ll graduate from the University of Colorado this spring with a degree in advertising. “Having that off my shoulders is pretty nice,” said Kuss. “But I also really liked being in school and I really like balancing the two.” He isn’t sure what will replace school in his life, but he wants to ensure that he maintains some interests and connection to the world outside racing. “I think figuring that out and not going stale is important,” he said.

In the long run, Kuss would like to find a way to put his degree to use. “I think there’s a lot of cool things with advertising, not so much selling consumer goods, that doesn’t interest me at all,” he said. He sees a potential pairing between his advertising degree and team sponsor Rally’s health-outreach programs. “For me that would be really motivating, doing something that you can see at a community level or an individual level,” he said, specifically mentioning programs that connect with underprivileged youth in particular. 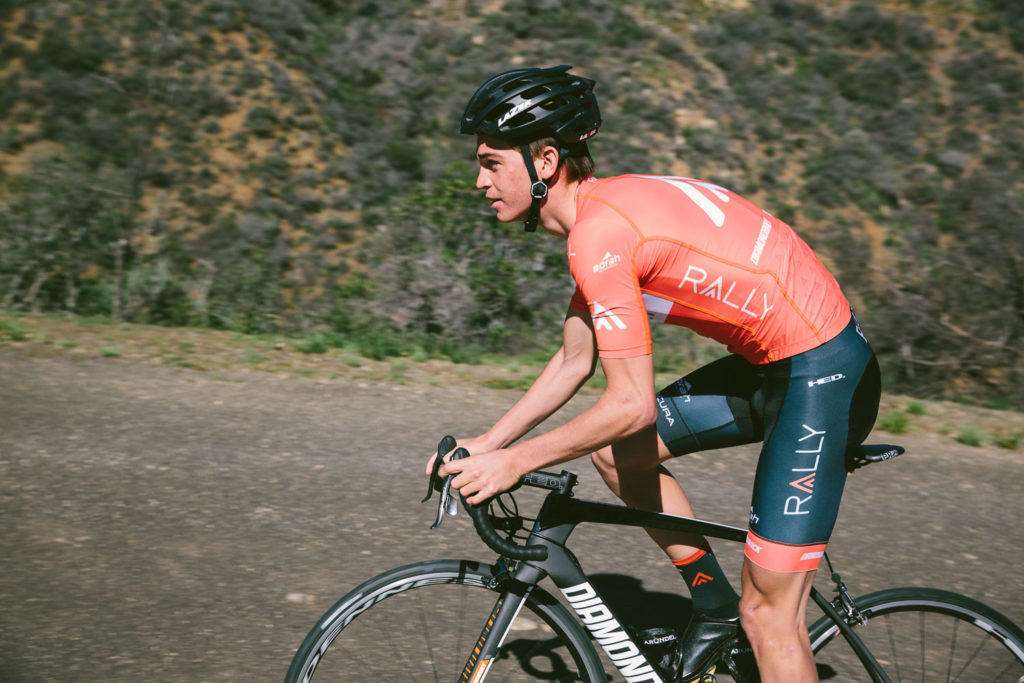 But for now, Kuss is all in with racing. “I think being a professional athlete is something not many people are able to do,” he said. “We’re very lucky to be racing and riding our bikes, and spending most of our days outside. You gotta milk the time you have to be outside for as long as you can.” Kuss is hoping that time ends up extending as far as a WorldTour run. If it doesn’t, he has his degree as an alternate plan.

His education also helps him keep the roller-coaster ride of results and expectations in perspective. Cycling isn’t the only thing he can do. It isn’t all he is.

“I don’t see cycling as something I have to do to have any value out of my life,” he reflected. “But obviously, it’s my favorite thing to do.”

Kuss recently was put to the test in Portugal, racing with Rally at the Volta ao Algarve. He went in hoping for a high finish in the overall classification, but after losing position before the final climb, he lost 11 minutes on the Stage 2 summit finish won by Dan Martin (Quick-Step Floors.) All part of the learning process, it would seem.

“I’m excited to test myself against some very strong riders and race aggressively,” Kuss said in a pre-race press release. “Sometimes it helps to be the underdog, and hopefully, we can use that to our advantage riding against the larger WorldTour teams.”

Whatever the outcome, it’ll be more experience for the talented, young rider from Durango. “There’s really nothing to lose,” he said.

Thanks to Cycling Tips and Jen See for the content, and San Wiebe/Rally Cycling for the photos.